The decision to break up Andhra Pradesh state and establish Telangana comes ahead of elections next year. 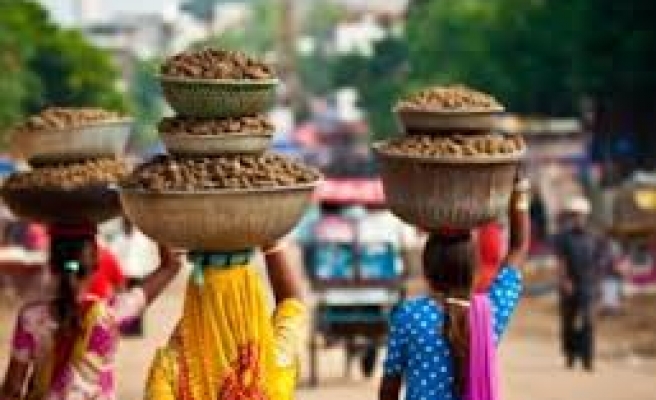 India's ruling Congress party approved on Tuesday the creation of a new southern state, a move that has revived deep political divisions and raised fears of violence in the area, home to global firms including Google.

The decision to break up Andhra Pradesh state and establish Telangana comes ahead of elections next year and critics say the ruling party is seeking to shore up its political fortunes after dragging its feet over the explosive issue for four decades.

Supporters, however, say Telangana's economic development has been neglected in favour of the richer and more powerful Andhra region, and that a new state is the only solution.

"It was not an easy decision, we appeal to people to cooperate," said Ajay Maken, a spokesman of theCongress after the party's highest decision-making body adopted a resolution calling for the establishment of a new state, igniting celebrations in parts of Andhra.

Additional federal troops were deployed ahead of the decision in the coastal parts of Andhra Pradeshwhere people are bitterly opposed to the breakup of the state.

The booming state capital Hyderabad, where Google, Microsoft and Dell have major sites, will remain the common capital for two states for a period of 10 years, Maken said.

Hyderabad, India's sixth largest city, was a bone of contention because it fell in the proposed new state carved out of the western part of Andhra Pradesh.

A government official said there was still a long way to go before the new state, which will have an estimated population of 40 million, became a reality. The measure has to be approved by the Andhraassembly and then the federal parliament where the Congress does not have a clear majority.

"We're swallowing the poison for our party. The decision is very unfortunate but since our leader has taken the decision we'll abide by it. We know the consequences, the problems that will follow," saidRudraraju Padma Raju, the chief whip of the Congress in the state, who has long opposed the split.

One immediate consequence is likely to be renewed demands from other parts of India for separate states, including in the Darjeeling hills and a further breakup of the most populous Uttar Pradesh state.

Since independence in 1947, successive governments have dealt carefully with demands for new states - creating three in 2000 - while ensuring demands did not spiral enough to threaten the integrity of a nation that now has 1.2 billion people with hundreds of languages, ethnicities and castes.

India currently has 28 states while the United States with a population of 300 million has 50.

The chief minister of revolt-torn Jammu and Kashmir state said he feared the establishment of Telangana would set off more unrest.

"I believe this is a dangerous trend because all we are doing is sending across a message that if you agitate enough, and if you agitate long enough, you will create a state."

Another fear is that leftist guerrillas who operate in parts of the proposed Telangana state will become further emboldened and take advantage as the new state comes into being.