Ruling Congress party called for opinion polls to be banned during the campaign after a TV news report alleged survey data was routinely manipulated. 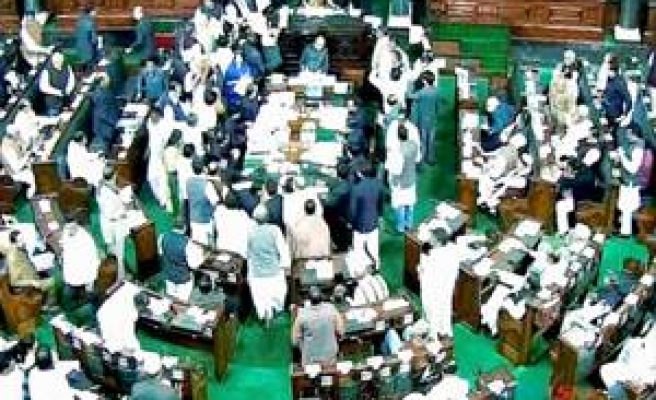 India's ruling Congress party, which surveys suggest will be ousted from power in elections due by May, called on Wednesday for opinion polls to be banned during the campaign after a TV news report alleged survey data was routinely manipulated.

The News Express channel said a "sting operation" using hidden cameras had exposed malpractices by a clutch of polling agencies that included fudging numbers at the behest of political parties, sometimes for money.

Two large media groups said after the News Express report they would suspend polling usually carried out on their behalf.

The party of the Nehru-Gandhi dynasty first made its call for polling to be banned in the world's largest democracy last year, but the opposition Hindu nationalist party called it an attempt to suppress bad news in the run-up to the election.

After 10 years in power, the Congress party-led ruling coalition is facing an uphill battle to convince voters, dismayed by a string of corruption scandals and a sharp slowdown in economic growth, that it deserves a third consecutive term.

Ajay Maken, a senior Congress leader, said in a Twitter comment that the TV channel investigation had "vindicated our stand" that opinion poll data is deliberately massaged.

He said he had gone to the Election Commission on Wednesday to voice support for its proposal to restrict opinion polls.

The commission has long sought to halt such surveys once election dates are announced and wants the government to enact a law to that effect. They are currently only banned 48 hours before voting begins.

In the run-up to the last national election in 2009, most opinion polls by large agencies correctly forecast that the Congress would win more seats than the opposition Hindu nationalist Bharatiya Janata Party but underestimated the size of its winning margin.

"It's shocking," said Yogendra Yadav, who made a name for himself analysing polls and elections before joining the recently formed Aam Aadmi - or "Common Man" - Party, which grew from a wave of mass protests over corruption in 2011.

He said it should not prompt a hasty ban on polling.

"(But) it does prove that people like me were mistaken, that manipulation was of a much higher order," he said in a TV debate. "These organisations appear to be willing to change their forecasts depending on who the sponsor is."