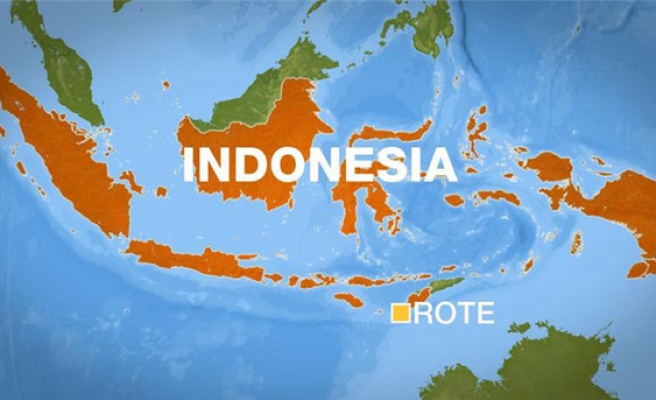 Indonesia agreed Thursday to accept international help to combat forest and agricultural fires cloaking Southeast Asia in haze, after weeks of failed attempts to douse the blazes that have infuriated its neighbours.

Officials said Singapore and Russia had already offered help and talks were under way with several other countries, an about-face after Jakarta insisted for weeks that it could tackle the crisis alone.

"Hopefully, we can speed up our efforts," President Joko Widodo said Thursday as he set off to visit western Sumatra island, the site of many of the smog-belching blazes.

For weeks, fires illegally started to clear land for plantations on Sumatra and the Indonesian part of Borneo have shrouded Singapore and Malaysia in acrid smog, worsening air quality, closing schools and forcing the cancellation of outdoor events.

The blazes are an annual occurrence during the dry season, but scientists have warned this year's are on track to be the worst ever due to an El Nino weather system that has created tinder-dry conditions in Indonesia.

Jakarta has deployed about 25,000 personnel and aircraft, but the fire-fighters have seemed overwhelmed by the extent of the blazes.

Tensions have been rising between Jakarta and its neighbours as the haze spreads, with Singapore's biggest supermarket chain on Wednesday withdrawing paper products made by an Indonesia-owned company, Asia Pulp & Paper (APP), accused over the haze.

Authorities had for weeks rejected offers of help from other countries but with no sign of the fires abating, Widodo had a change of heart.

"This remains a challenge for us so we feel it is important to cooperate with countries with resources to assist us to douse the fires," foreign ministry spokesman Arrmanatha Nasir told reporters in Jakarta.

He said Indonesia needed bigger planes for water-bombing, capable of carrying 10,000 litres (2,200 gallons), and so far officials had been in touch with Russia, Singapore, Australia, China and Malaysia about providing assistance.

"This is not a handout, with some countries it's on a commercial basis so we are paying for the services," Nasir said, adding that the specifics were still being discussed.

Singapore's Foreign Minister Vivian Balakrishnan said in a Facebook post late on Wednesday his Indonesian counterpart Retno Marsudi had "indicated that Indonesia will now take up our offer".

Singapore has offered to provide Indonesia with aircraft to artificially induce rain and carry out water-bombing, as well as personnel to help fight the blazes.

The city-state in particular has been infuriated by the failure to tackle the fires and Indonesian officials making light of the crisis, with Vice-President Jusuf Kalla making waves by saying the country's neighbours should be grateful for good air quality most of the year.

Singapore has targeted companies accused over the haze, with the National Environment Agency asking APP to supply information on its subsidiaries operating in the city-state and Indonesia.

Some of the group's suppliers in Indonesia have been accused over the haze. The company insists it is doing all it can to tackle the fires and says it has provided information to Singapore.

There was some respite from the haze for Singaporeans Thursday, with the city-state's skies clear and the air quality at moderate levels.

Air quality in Malaysia, where schools have been repeatedly closed due to the haze, was also improving Thursday, with moderate air quality recorded nationwide.