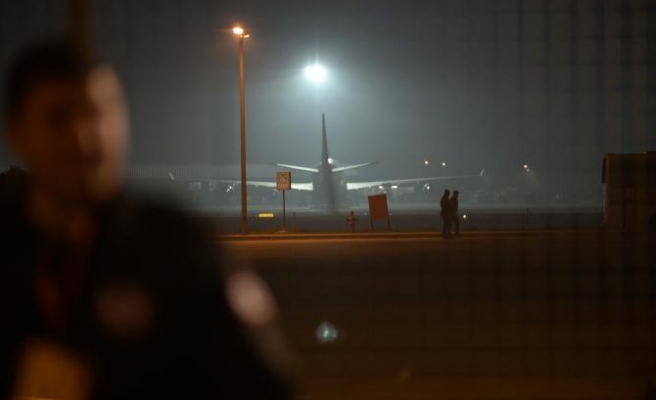 Indonesian authorities said Tuesday they have extended the closure of Bali’s I Gusti Ngurah Rai International Airport for a further 24 hours because of ash from the eruption of Mt. Agung.

The National Disaster Management Agency (BNPB) said the airport closure is required for safety reasons since the volcanic ash reached a height of about 3 kilometers (about 2 miles) into the atmosphere.

"The immediate impact of the ash distribution is the disruption of aviation safety," BNPB's spokesman Sutopo Purwo Nugroho said in a statement.

BNPB raised the volcano's alert to the highest level Monday and expanded an exclusion zone to 10 kilometers (6 miles) from the crater. More than 100,000 people living around the mountain area have been ordered to evacuate.

"The Center for Volcanology and Geological Hazard Mitigation continues to report growing volcanic activity, with greater opportunities for eruptions, but it cannot be determined how much intensity," Nugroho said.

Nugroho said nearly 30,000 residents living in the danger zone have been displaced after the government raised the alert for Mt. Agung to the highest level in September.

"Not all people in the danger zone are willing to evacuate. Until now, there are still many people who are remaining in their homes."