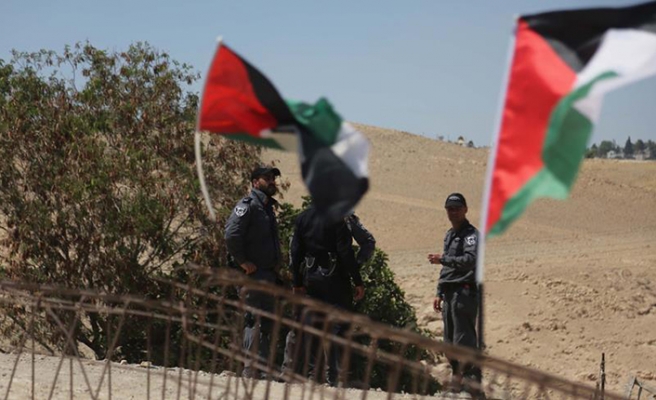 Indonesia reiterated on Thursday its commitment to supporting peace between Palestine and Israel based on a two-state solution.

Indonesian President Joko Widodo's remarks came during the 6th ASEAN-U.S. Summit which is a part of the 33rd ASEAN Summit in Singapore.

"The two-state solution is the only way to achieve peace and reduce Israeli-Palestinian conflicts," said the president.

He stressed that the Palestinian cause is crucial for peace diplomacy by Indonesia in the international world.

The conflict resolution is seen as an important effort to create stability not only in the Middle East, but also in the world.

International communities have continued to express their concern for the escalating tension in the Gaza Strip.

At least 14 Palestinians have been martyred in Israeli attacks in Gaza since Sunday.

Since March 30, more than 200 Palestinians have been martyred by Israeli army gunfire -- and thousands more injured -- while taking part in ongoing rallies along the Gaza-Israel buffer zone.