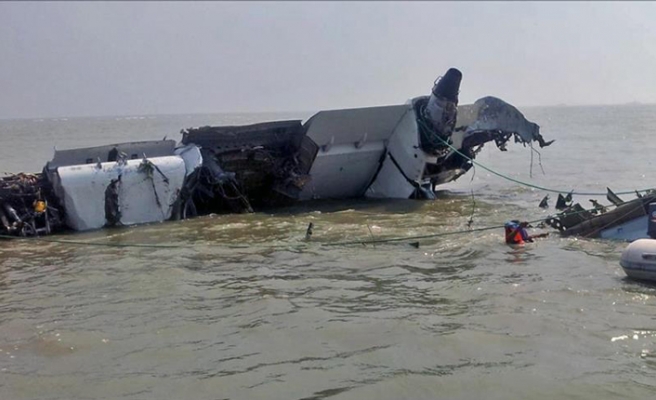 The team carries out a search to find the victims of Lion Air flight JT-601 plane, which crashed into the sea off the Karawang regency, West Java province in Indonesia shortly after taking off.

The Boeing 737 Max 8 passenger plane was flying from Jakarta to Pangkal Pinang at 06.10 local time (2330GMT Sunday) but lost contact with the air traffic controllers about 13 minutes after it took off.

The plane was carrying 189 people, including 181 passengers and eight flight crew.

According to the Meteorology, Climatology and Geophysics Agency, the weather was fair within the search area.

Currently, the divers have been searching down to a depth of 35 meters. A multibeam echosounder also keeps up to track the wreckage.