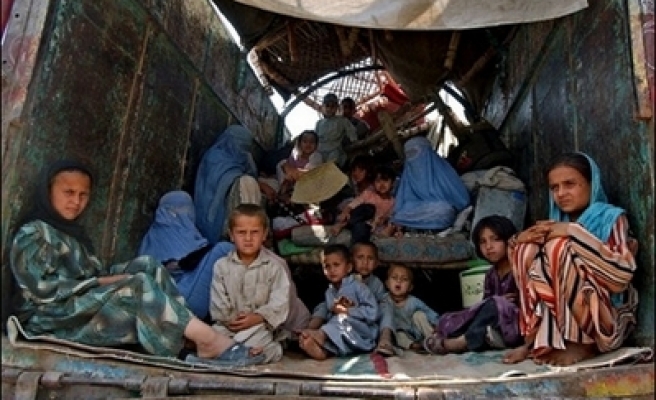 Indonesian ministers are proposing the goverment house asylum seekers trying to reach Australia on its uninhabited islands, a decision human rights advocates say would make them hostages in the country.

"If the Australian Government can not handle them, then we suggest that there is an empty island [in Indonesia] which we can place them so as not to disturb the public," Coordinating Political, Legal and Security Affairs Minister Tedjo Edhy Purdijatno told tribunnews.com this week.

He added that the government would coordinate with non-governmental organizations - such as the International Organization for Migration (IOM) and the United Nations High Commission for Refugees (UNHCR) - to cover their living costs.

Purdijatno is one of three senior Indonesian government ministers who advised President Joko Widodo to send the refugees to the remote islands, so their presence does not interfere with public life.

The suggestion came on the heels of last week's decision by Australia's federal government to lock out asylum seekers who registered after July 1, while also accepting fewer awaiting resettlement in Indonesia, reducing yearly numbers from 600 to 450.

Human Rights Minister Yasonna Hamonangan Laoly said this week that the unclear status of refugees or asylum seekers would make them hostages in the country.

"It is the right [policy] for Australia, but it will weigh on us," said Laoly.

Indonesia’s Minister of Foreign Affairs Retno LP Marsudi has also protested, saying it goes against the Convention on Refugees and Indonesia’s international duty.

"If the responsibility to resolve the problem only burdens transit countries, then it is not fair," Marsudi added.

Of Indonesia's 17,000 islands, Minister Purdijatno has suggested one such location could be Galang Island, Batam, in the country's northwest - used to accommodate around 250,000 refugees from the Vietnam war from 1979 to 1996.

The United Nations refugee agency in Jakarta noted until April 2014, there were about 10,000 asylum seekers and refugees in Indonesia, the majority from the Middle East - most of whom are Muslims hoping to move to Australia.

Meanwhile, waves of refugees and asylum seekers from Afghanistan, Sri Lanka, Iraq and Myanmar continue to flow in - most of who have traveled across continents in crowded leaky boats liable to capsizing.