‘The expertise we have is in the management of power, not in opposition to power," says chairman of powerful party 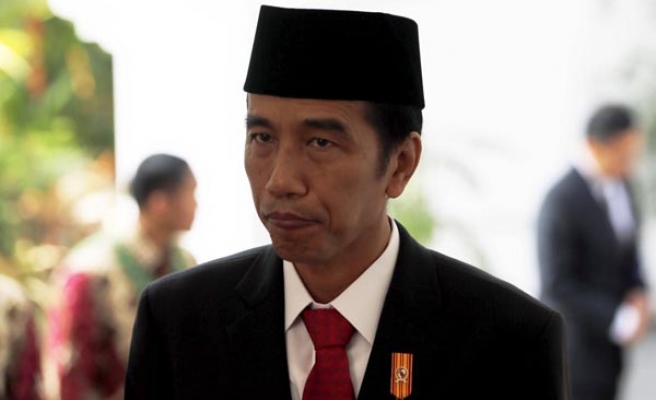 Indonesia’s second largest party has declared that it will support initiatives by the government of President Joko Widodo despite its membership in the opposition coalition, according to local media Sunday.

Golkar’s chairman Aburizal Bakrie, a powerful tycoon, said the party – which holds most of the parliamentary seats of the “Red and White coalition”– was not born to be an opposition bloc against the government.

"The expertise we have is in the management of power, not in opposition to power," kompas.com quoted him as saying at Golkar's national leadership meeting Saturday in Jakarta.

Bakrie said the decision to support the government of Widodo – whose rival had secured Golkar’s support in the 2014 election – had come out of a party meeting earlier this month.

Bakrie denied that the support was due to Golkar being “power-hungry”, especially amid reports that the president will conduct another cabinet reshuffle in the near future.

Golkar has been in circles of power since its establishment in 1964 by former President Suharto – who led the country for 31 years – until the candidate it supported lost the 2014 presidential election to Widodo.

Bakrie, however, underlined Saturday that the party’s support for the government does not mean it has withdrawn from the opposition coalition, led by Widodo’s defeated rival Prabowo Subianto.

Subianto, who also serves as chairman of the Gerindra Party and witnessed Bakrie's speech, has responded by saying that Golkar’s support for the government was “no problem."

"The KMP [opposition coalition] is also the same, supporting the government," Metro TV News quoted him as saying.

Golkar has 91 members in Indonesia’s 560-seat parliament – second only to Widodo’s party that holds 109 seats – with the Speaker of the House of Representatives coming from its ranks.

Its support is expected to increase Widodo’s influence, especially as it comes after another party – the National Mandate Party – joined the ruling coalition in September.