Incoming Indonesia president Joko Widodo can only count on a minority coalition in the new parliament. 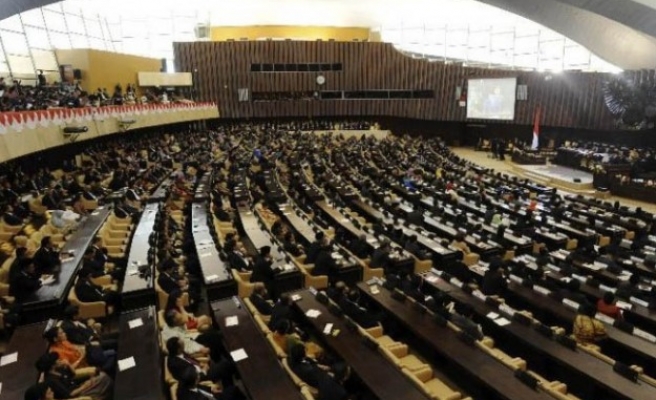 Widodo, the popular former governor of the capital, Jakarta, narrowly won an election in July, becoming the first businessman to become president of the world's third-largest democracy, a post previously held by members of the military or political elite.

Widodo's direct approach and success in cutting red tape appealed to ordinary voters and investors who welcomed his victory by pushing the stock market to a record high.

But with the convening of the new parliament, where Widodo can only count on a minority coalition, as well as with pressures within his own camp, the honeymoon looks to be over.

"Indonesia's new president Joko Widodo is expected to prove himself a transformational leader, with a massive positive impact on the economy and hence equity values," local brokerage Mandiri Sekuritas said in a report.

"However he needs parliamentary support, and the risks of his not getting that are rising significantly now."

The main lawmaking body of Indonesia, known locally as the House of Representatives or DPR, swore in 560 members amid tight security in central Jakarta.

Over half the new MPs are fresh faces, including a sprinkling of corruption suspects and celebrities, after many failed to get reelected due to track records tainted by graft and inefficiency.

According to a 2013 Transparency International survey, parliament is perceived to be more affected by corruption than any other institution in the country.

The last house passed only 126 bills over five years, about half its original target, according to media.

But parliament can be a powerful check on the executive branch of government.

The opposition camp in parliament is led by failed presidential candidate Prabowo Subianto's party, and controls over 60 percent of seats.

It takes issue with many of Widodo's plans, such as cutting fuel subsidies, and it has already been giving him a taste of what looks to be in store.

Given the rivalry in the new parliament, a senior member of Widodo's transition team warned against expecting too many sensational developments, or "wow factors", in the first 100 days of the new president's term.

In a painful illustration of Widodo's legislative vulnerability, the opposition last week pushed through a bill scrapping direct elections for provincial, district and city leaders.

Widodo warned that the vote would be a "step back for democracy" but was powerless to block it.

Widodo's refusal to swap cabinet posts for support may have endeared him to graft-weary voters but members of elite within his own coalition object, according to one party insider who asked not to be identified due to the sensitivity of the issue.

This month, apparently forced to give ground, Widodo said just over half his cabinet would be technocrats with the rest of the posts going to "party professionals".

Earlier, he had said approximately 80 percent of his cabinet would be technocrats.

"Stepping up to the national level, it is going to be a lot more complex and there are more areas to provide disappointment," Rowland said.

"He's going to have a steep learning curve."