The earthquake was felt strongly on the Sitaro islands, where authorities also warned people to stay away from beaches and riverbanks 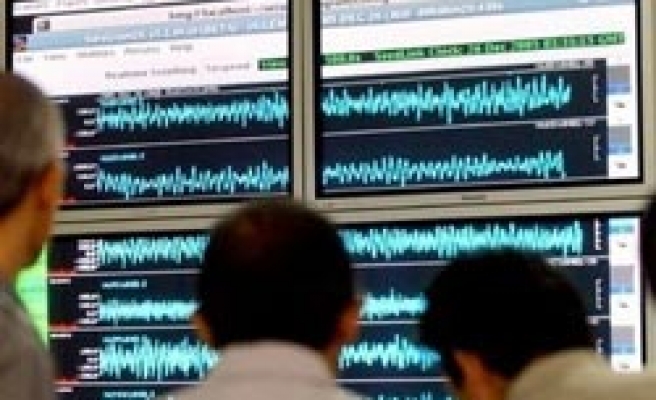 A major earthquake with a magnitude of 7.3 was recorded off the Moluccas in Indonesia on Saturday, the national disaster mitigation agency said, causing residents near the quake to flee their homes after a tsunami warning was issued.

The earthquake was felt strongly on the Sitaro islands, where authorities also warned people to stay away from beaches and riverbanks, Sutopo Purwo Nugroho, a spokesman at Indonesian agency, said in a statement.

There were no reports of casualties or major damage. MetroTV reported power cuts in some parts of Manado, the capital of North Sulawesi province.

"It was strong," said Regina Saerang, an eyewitness in Manado. "I felt it for about a minute. There was no damage but people on my street are pouring out of our houses."

The head of the disaster mitigation agency had ordered the preparation of aircraft and logistics in case they were needed and further checks of the affected areas were being made, Nugroho said.

The Pacific Tsunami Warning Center in Hawaii said hazardous tsunamis were possible within 300 km (185 miles) of the quake's epicentre, although there was no danger of a Pacific-wide tsunami.

It had also warned that tsunamis could be expected to reach Indonesia, the Philippines, Palau, Papua New Guinea, the Solomon Islands and the Marshall Islands, and even as far away as Taiwan and Japan's Okinawa.

The first waves could reach land within 30 minutes and the last within about six hours. "The initial wave may not be the largest," the centre warned.

However, Malaysian, Thai and Sri Lankan disaster agencies all soon said they would not be impacted by the quake but would continue to monitor the situation.

In the Philippines, Renato Solidum, head of the Philippine seismology agency, told reporters there was no tsunami threat. It had earlier warned small tsunami waves were possible in southern Mindanao.

The quake was measured at a depth of 47 km (34 miles), with the epicentre 134 km (83 miles) northwest of Ternate, an island in eastern Indonesia's Moluccas.

Another quake measuring 6.2 was recorded soon after off Indonesia's Sulawesi, according to the USGS.

Indonesia is located inside the so-called "Pacific Ring of Fire," a seismically active zone where different plates of the earth's crust meet and create a large number of earthquakes and volcanoes.