Australia has been pursuing an eleventh-hour campaign to save the lives of two members of the so-called Bali Nine, convicted in 2005. 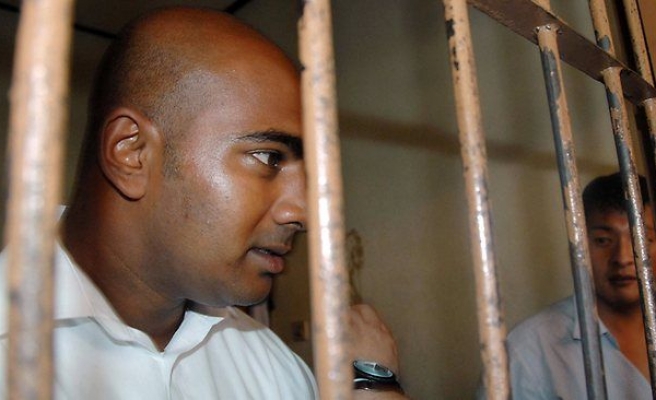 Indonesia's president said on Tuesday the planned execution of 11 convicts on death row, most on drugs charges, would not be delayed, warning foreign countries not to intervene in Jakarta's right to use capital punishment.

President Joko Widodo has denied clemency to the convicts despite repeated pleas from Australia, Brazil and France, who have citizens due to be executed soon by firing squad.

"The first thing I need to say firmly is that there shouldn't be any intervention towards the death penalty because it is our sovereign right to exercise our law," President Joko Widodo told reporters.

Widodo said he took calls from the leaders of France, Brazil and the Netherlands about the death penalty but made no mention of Australia. Two Australians are among the 11 on death row.

Indonesia has harsh penalties for drug trafficking and resumed executions in 2013 after a five-year gap.

Shortly before Widodo spoke, a court in Jakarta threw out an appeal by the two Australians against Widodo's rejection of their request for presidential clemency.

Australia has been pursuing an eleventh-hour campaign to save the lives of Myuran Sukumaran, 33, and Andrew Chan, 31, two members of the so-called Bali Nine, convicted in 2005 as the ringleaders of a plot to smuggle heroin out of Indonesia.

"According to the judge, the president's rejection of (the) clemency petition is not an administrative act so this court does not have the jurisdiction to accept our case," said Todung Mulya Lubis, a lawyer for the two men.

"We plan to appeal today's court decision. We have two weeks to file an appeal. If the law is respected, the execution should be postponed until the legal process is over."

Australia, which has long had rocky relations with its northern neighbour, has said it would consider recalling its ambassador to Indonesia in protest if the executions take place.

Brazil and the Netherlands have already pulled their ambassadors after Indonesia executed two of their citizens on drug offences last month.

Brazil took the further step of refusing to allow Indonesia's new ambassador to take part in a credentials ceremony, prompting the Southeast Asian country to recall him back to Jakarta in protest.

Indonesia was also re-evaluating the purchase of fighter jets and rocket launchers from Brazil due to the diplomatic row, the Jakarta Post reported earlier on Tuesday, quoting Indonesian Vice President Jusuf Kalla.