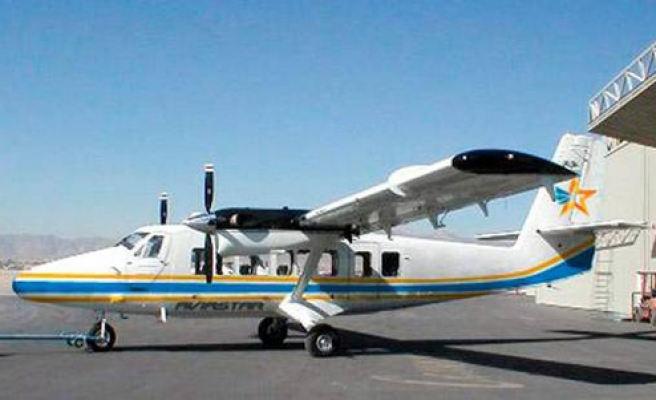 Indonesian rescue teams continued to search Saturday for a small passenger plane that went missing with 10 people on board, focusing on a mountainous area in eastern Sulawesi island.

"They search through two routes, land and air," he said.

He added that two Twin Otter planes belonging to Aviastar airlines, the owner of the plane that lost contact during a 70-minute flight Friday, and an air force helicopter were helping in the search operation.

According to Riski, the teams have a clearer idea of the plane’s location after the mobile phone signal of a crewmember on the flight was detected Friday night.

Meanwhile, Aviastar’s owner Sugeng Triyono was quoted by Kompas.com as saying Saturday, “now Search and Rescue Agency teams are moving toward [the coordinates of the signals] by land."

Civil Aviation Director General Suprasetyo – who like many Indonesians uses only one name – had earlier said that three coordinates had been determined as possible locations of the lost aircraft.

They were positioned 14 nautical miles (nm), 24 nm and 34 nm from Masamba town, the departure point of the flight that had been headed to the provincial capital of Makassar.

He cited information from Air Traffic Controller at Masamba’s Andi Jemma Airport as indicating that the pilot had not requested a change in the flight’s altitude from 8,000 feet.

According to the flight’s manifest, the plane had been carrying seven passengers -- including a child and two babies – and three crewmembers.

Tjahjono Soerjanto, head of the national transportation safety committee, said Saturday that the plane had been equipped with an by Emergency Locater Transmitter, but the device could have been damaged if the plane had crashed.

"If the impact is hard, the tool will be damaged and could not function,” Kompas.com quoted him as saying. “Because the tool was not designed to withstand heavy impact."

"Hopefully, [the loss of the aircraft] not because of human error," Petrus Budi said.

He added that the visibility at the time the plane lost contact had been good at 9 kilometers, with thin cloud cover and winds conducive for a flight.

"So, the plane can be said to be in airworthy condition," he underlined.