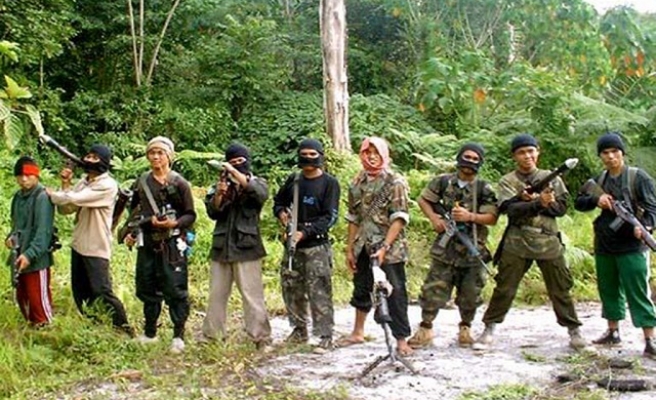 The Philippines’ military confirmed Sunday that seven Indonesians abducted from a tugboat earlier this week are being held by a ISIL-affiliated militant group in the troubled southern island province of Sulu.

A Western Mindanao Command spokesman said in a statement that the sailors had been turned over by the “Muktadil brothers”, who are part of a kidnap-for-ransom gang based in the Philippines’ Tawi-Tawi island, to an Abu Sayyaf group based in Sulu.

On Friday, Indonesian Foreign Minister Retno Marsudi announced that seven of the 13 crewmembers on the tugboat, which had been towing a barge carrying coal, were kidnapped by Filipino gunmen earlier this week in the latest hijacking in the region’s seas.

Tan confirmed earlier reports that the boat's captain, who was among those abducted, had called his wife in Indonesia to relay their kidnappers’ demands for payment of a 20 million Malaysian ringgit ($4.8 million) ransom.

Between April and June, at least 18 Indonesian and Malaysian sailors were abducted in waters between the archipelagoes in a series of kidnappings in which the Abu Sayyaf had a role.

On Monday, defense officials of the Philippines, Malaysia and Indonesia agreed to conduct trilateral maritime and air patrols in the three countries’ maritime areas of common concern, particularly in the Sulu Sea, to beef up regional security and thwart criminal activities at sea.

The Sulu Sea is a popular route for cargo and passenger ships, with some vessels falling prey to pirates and kidnappers, while others use the route for smuggling.

They are known to hand over their captives to the Abu Sayyaf and negotiate for a ransom that, if paid, is shared with the group.

The kidnappers use isolated sea-lanes and coastal areas to grab their victims, who are then held captive in isolated villages in the Mindanao island region.

Last week, the Abu Sayyaf beheaded a second Canadian hostage after a deadline set by the group for the delivery of a 600 million peso ($13 million) ransom was missed.

Since 1991, the Abu Sayyaf group - armed with mostly improvised explosive devices, mortars and automatic rifles - has carried out bombings, kidnappings, assassinations and extortions in a self-determined fight for an independent province in the Philippines.