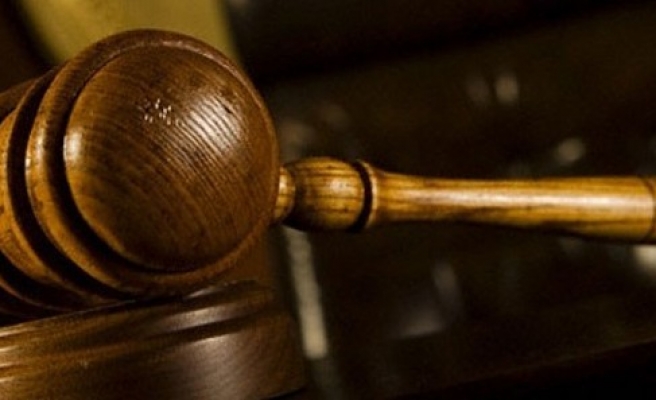 Indonesia’s anti-corruption agency has assured that a former Constitutional Court chairman who was found guilty of accepting bribes will serve the life sentence handed him this week.

Bambang Widjojanto, Deputy Chairman of the Corruption Eradication Commission (KPK), told the Anadolu Agency on Tuesday that they “will ensure that all decisions taken by the District Court will be strengthened at the level of the Supreme Court” in the case that former judge Akil Mochtar appeals the ruling.

‪The country’s anti-graft court found Akil guilty late Monday of receiving bribes of over US$3.37 million in relation to disputes over at least 10 local elections in the constitutional court.

He was also found guilty of laundering more than US$15.2 million between 2002 and October 2013, when he was arrested by the KPK.

‪The verdict met the prosecution’s demands, with the exception of the request that Akil pay a fine of Rp10 billion (over US$800,000). ‪The ruling stated he would not be fined since he had received the maximum sentence.

Presiding Judge Suwidya - many Indonesians use only one name – said Monday evening that Akil had ruined the authority of the state’s highest law institution among the public.

‪"It takes a long time and it's hard to restore public confidence toward institutions of law enforcement," he added.

‪Akil, who pled not guilty, declared he would appeal the verdict.

The KPK confiscated over US$250,000 in Singaporean and American currency from his residence.

‪The Indonesia Corruption Watch (ICW) assessed the life sentence handed to Akil as a historic step by the KPK and Jakarta's anti-graft court.

‪Emerson Yuntho - Chairman of ICW’s Legal and Judicial Monitoring Division - told AA on Tuesday that it was the first sentence of its kind, and a sign of hope in eradicating corruption, since the court was founded 10 years ago.

‪"I hope this verdict is not the last,” Emerson added. “For the crime of corruption, the punishment must also be serious.”