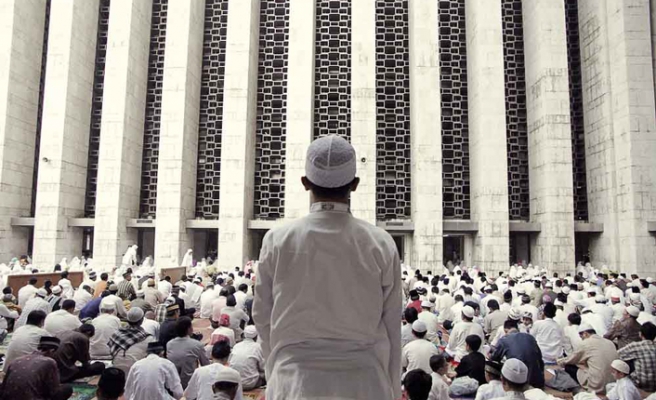 The Council of Ulema Tariqas of Indonesia declared all FETO activities as "haram" (forbidden) on Friday with an Islamic ruling (fatwa).

The council after a meeting said it has "investigated and researched on the Fethullah Gulen movement in the name of Islam and Sufis in Indonesia and ASEAN" region.

The fatwa declares it haram to be involved in movements and activities of Fethullah Gulen and his followers around the world.

The fatwa also called on followers of Gulen to repent to Allah and "account for their actions towards Muslims in the world, especially what has happened in Turkey on July 15, 2016".

FETO and its U.S.-based leader Gulen orchestrated the failed coup of July 15, 2016, which left 251 people martyred and nearly 2,200 injured.

The fatwa also recommended the president of Indonesia and state leaders and Ulema (Islamic scholars) across the world "to unite and jointly stop all forms of Fethullah Gulen activities in their respective countries" by prohibiting the circulation of their books in order to protect the future generations. 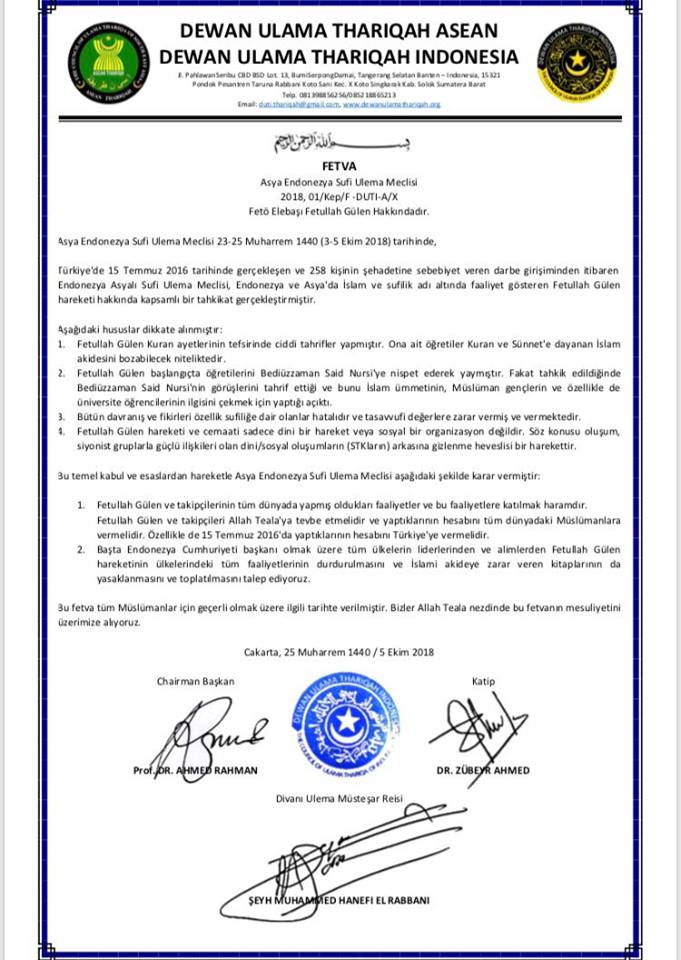