Over 35 men caught during ‘military-style’ training in Java mountains freed due to lack of evidence; group insists training aimed at disaster management 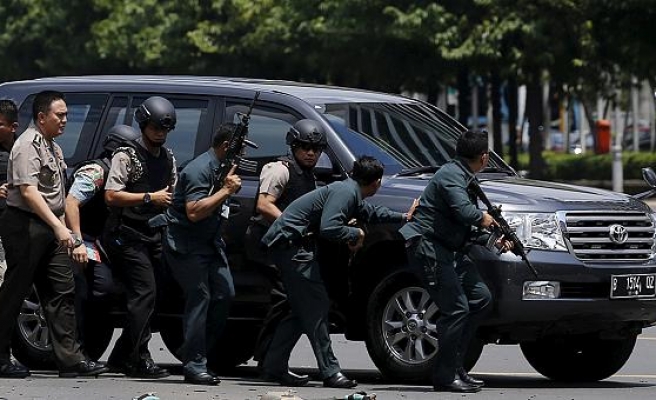 Indonesian police released Sunday dozens of men caught engaged in ‘military-style’ training in the mountains of Java island due to lack of evidence.

The chief of the criminal section of Temanggung regency police confirmed to Anadolu Agency that the more than 35 men apprehended Saturday on suspicions of being militants had been set free after questioning.

"Yes, they have been released. But we still seize their goods as evidence," said Suharto, who like many Indonesians uses one name.

During the raid, anti-terror police squad personnel had confiscated some air rifles, bayonets, a bag containing of a book and the flag with the symbol of the religious organization in which they are members.

National police chief Gen. Badrodin Haiti announced that the five suspects were part of an umbrella organization of extremist groups in Indonesia that have pledged allegiance to ISIL and sent members to war-torn Syria.

A spokesperson for the “Jemaah Ansharus Syariah” (JAS) community, to which the dozens of men arrested Saturday belong, announced Sunday, “police released all of our members because they do not have enough evidence to hold them longer."

The local Tribun Jateng newspaper quoted Endro Sudarsono as insisting that the exercises on Mount Sumbing of Central Java province had purely been aimed at training members in disaster management during the rainy season, which is expected to last through April.

He stressed that the three-day program, scheduled for Friday through Sunday but canceled due to the raid, had not been military training aimed toward terrorism activity.

Sudarsono described the JAS as a religious community focused on religious, humanitarian and advocacy activities.

Indonesia has been on alert against extremist activities over the last year, further heightening security measures after a series of bombing and shooting in central Jakarta left four civilians and four ISIL-linked attackers dead on Jan. 14.

Last week, police chief Haiti said that since the incident, police had captured 33 people -- 17 of them with alleged direct links to the attack, and 16 planning to conduct terror acts in the near future.