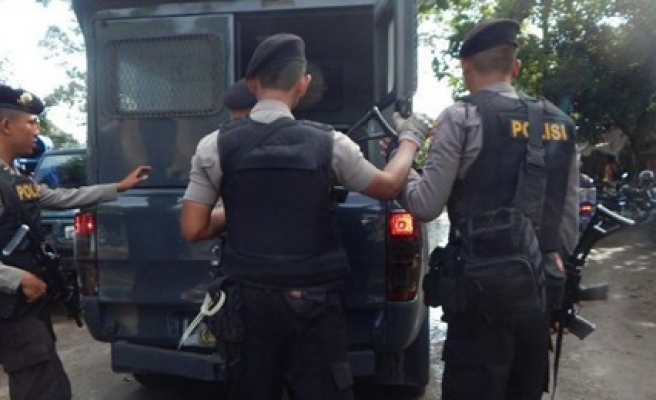 Indonesian police have shot dead a member of a ISIL-affiliated group in Central Sulawesi as they attempt to apprehend the country's most wanted man.

Regional Police Spoke Person Hari Suprapto told Anadolu Agency on Saturday that the member of the East Indonesia Mujahideen was shot dead late Friday during a firefight in one of three areas they believe Santoso -- many Indonesians use just one name -- to be hiding.

"The operation took place in Moutong Parigi Regency, and also in in Poso and Sigi," he said, adding that he could not give any more information for fear of jeopardizing the search.

More than on thousand police and army personnel are reported to be in the area, with national police targeting an arrest before the end of this year.

"We are awaiting a statement from national police. I cannot give a [further] explanation," Suprapto added.

National Police Chief Badrodin Haiti said that the shootout occurred when the group approached a police checkpoint in the region.

Antara News reported the dead man as being from "Turkestan". The East Indonesia Mujahideen is believed to have many foreign members.

The outlawed group has been accused of killing several policemen, has pledged allegiance to ISIL, and is believed to be based in the mountain forest terrain of Poso, and the surrounding area.

Police have blamed the failure of operations to apprehend the group and their leader on the tough terrain in which they are based.

Santoso -- also known as Abu Wardah -- has been linked to a number of attacks on police, including the murder of at least six officers.

In January, the group killed three farmers, alleging they were police spies.

In July, an Indonesian court sentenced three Uighur Muslims to six years in prison after finding them guilty of conspiring to join the group.