An Indonesian volcano that lay dormant for 400 years shot ash 5 km (3 miles) into the air, its biggest eruption since it became active last week. 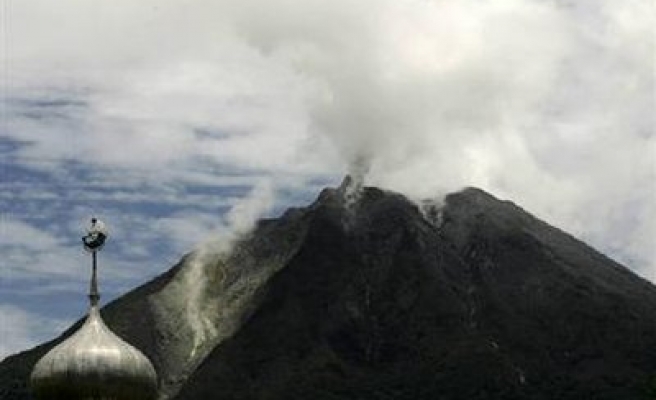 An Indonesian volcano that lay dormant for 400 years shot ash 5 km (3 miles) into the air on Tuesday, its biggest eruption since it became active last week, and experts warned of more blasts to come.

Mount Sinabung, in northern Sumatra island, first erupted on August 29. Villages on its slopes have been evacuated and around 24,500 people are living in refugee camps, disaster officials said.

"It was the biggest eruption yet and the sound was heard from 8 kilometres away. The smoke was 5,000 metres in the air," said Indonesia's chief vulcanologist, Surono, who goes by only one name as do many Indonesians.

"I think this will not be the last eruption. It will happen again," he said.

A Reuters photographer at the scene said the ground shook for around three minutes during the blast.

Heavy rain mixed with the ash to form muddy precipitation that is lying a centimetre thick on buildings and trees. Electricity in one village has been cut off, but there have so far been no casualties.

The area around the volcano is largely agricultural and the nearest big city is Medan, some 50 km away

Villages within a six kilometre (4 miles) radius of the volcano have emptied out, with only a handful of people staying behind to guard homes.