An Indonesian volcano that lay dormant for 400 years erupted yet, shooting a mushroomed-shape plume of smoke 3 kminto the air. 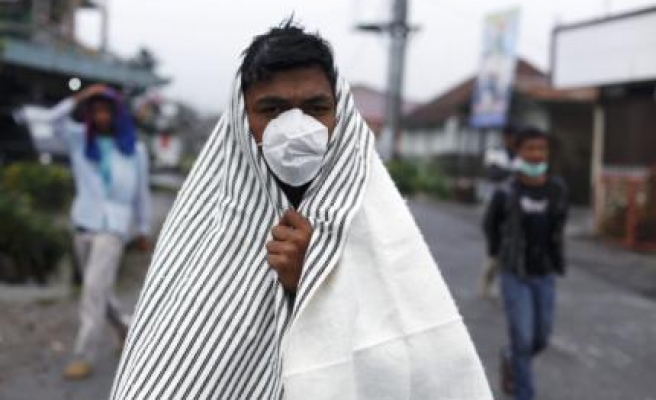 An Indonesian volcano that lay dormant for 400 years erupted yet on Friday, shooting a mushroomed-shape plume of smoke 3 km (2 miles) into the air and prompting the second evacuation of terrified residents.

Friday's eruption, the third this week, was three times stronger than the initial one recorded last Sunday. A second eruption followed on Monday.

"A thundering sound was heard and we felt tremors five minutes before the eruption," said a Reuters photographer at the site of the volcano.

Around 30,000 people had been evacuated from mainly farming villages, with many crowding into refugee camps in nearby towns. Some had begun to return to their villages, but were again whisked out of their homes overnight.

A Reuters TV producer said thick smoke and ash hung in the air despite light rain.

Most of the villages close to the volcano were empty, apart from a handful of men and boys guarding homes. Several farmers were seen heading back from refugee camps to tend crops of carrots and potatoes.

"Last night the area within a six-km (four-mile) radius of the volcano was evacuated, all the police and people who had gone back to guard their homes and livestock got out," government vulcanologist Surono said.

"I predicted there would be a big eruption and I was right."