Death toll from last month’s earthquake and tsunami in Indonesia climbed to 2,088 on Friday 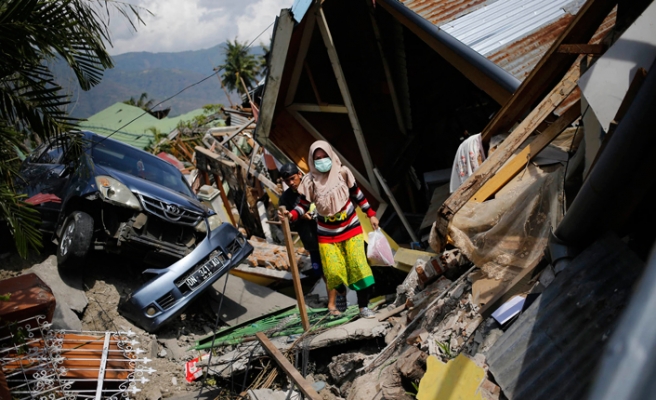 Indonesians who survived from the deadly earthquake and tsunami in Sulawesi Island, Indonesia cannot forget their lost relatives.

“We couldn't find my father after the tsunami and we started looking. Unfortunately, we were able to reach my father's dead body. My mother, brother and children are alive but I lost my dear father,” region’s Silae district resident Kurnia Arifin said.

Last month, a 7.4-magnitude earthquake struck Sulawesi Island, which triggered a tsunami in the cities of Donggala and Palu that towered up to 10 feet (3 meters) high.

Another disaster victim, Surti Citra noted that the earthquake was very severe and that they had to flee to safe places.

"After the earthquake and tsunami struck, we started to search for my aunt with the soldiers. After two days, we found my aunt's body. Then we took her to the mosque,” Citra said.

The National Disaster Management Agency officials said the research and rescue missions halted as of Friday, but the state of emergency will continue until Oct. 26. The officials added that a total of 680 people are believed to be missing and the number of injured people receiving treatment in hospitals are up to 4,612.

Indonesia lies within the Pacific Ocean’s 'Ring of Fire' where tectonic plates collide and cause frequent seismic and volcanic activity.

On Dec. 26, 2004, a magnitude 9.1 earthquake struck the eastern coast of Sumatra, triggering a tsunami that killed around 230,000 people as it tore along the coasts of Sri Lanka, India, Malaysia, Indonesia and Thailand.