Jero Wacik is a senior figure in Yudhoyono's Democratic Party, and the third cabinet minister in the outgoing government to be implicated in a corruption case. 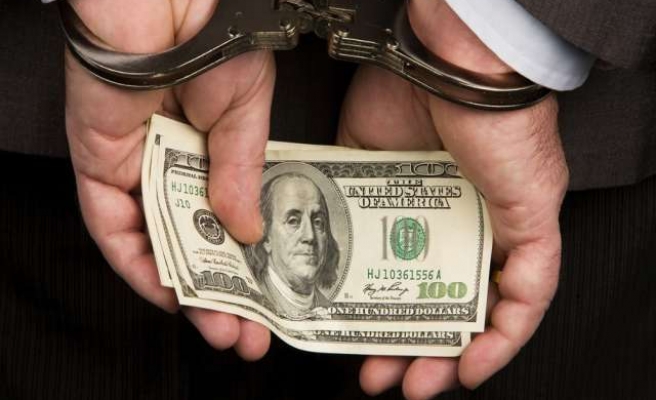 Indonesia's anti-corruption agency said on Wednesday the energy minister was a suspect in a case involving extortion and abuse of authority, the latest in a string of cases that have tainted President Susilo Bambang Yudhoyono's final year in office.

The minister, Jero Wacik, is a senior figure in Yudhoyono's Democratic Party, and the third cabinet minister in the outgoing government to be implicated in a corruption case.

Wacik is also the second senior energy official to be targeted by the corruption watchdog, another blow to the sector after oil and gas regulator chief Rudi Rubiandini was sentenced to seven years in prison in a $1 million bribery case in April.

It was not clear whether Wacik, who held a news conference to defend his integrity, will be replaced immediately.

President-elect Joko Widodo, who gained widespread popularity for his clean image, will take over as leader of the world's third-largest democracy on Oct. 20.

The Corruption Eradication Commission (KPK), which is increasingly targeting corruption in the natural resources sector and which is known for its high conviction rate, said Wacik was a suspect in a case involving extortion and kickbacks worth about 9.9 billion rupiah ($841,000).

"We have issued a letter on Sept. 2 that raises the status to suspect of JW from the energy and mineral resources ministry," Zulkarnain, the KPK's deputy commissioner, told reporters, referring to Wacik by his initials.

Zulkarnain said his agency would request that a travel ban be imposed on him as soon as possible.

A KPK official who declined to be identified confirmed to Reuters that the suspect Zulkarnain was referring to was Wacik.

Wacik, who was elected in April to a five-year term as a parliamentarian starting in October, held the news conference late on Wednesday in response to the KPK announcement.

"I signed an integrity pact," Wacik said, referring to a document aimed at preventing corruption that all public officials must sign at the time of their appointment.

"I will remain in Indonesia to abide by all the ongoing legal processes," Wacik told reporters, adding that he would "face the president first" regarding his role as minister.

Yudhoyono, who is currently in Singapore, is expected to make a decision on any replacement on his return.

Earlier, presidential spokesman Julian Aldrin Pasha said Yudhoyono was shocked by the news, but would wait for official confirmation of Wacik's status from the KPK before responding.

Deputy Energy Minister Susilo Siswoutomo said he found it sad and difficult to believe. "From what I know he is a good, honest person," Siswoutomo said, adding that the ministry would support the legal process and perform all tasks "as usual".

Senior Mining Ministry official Sukhyar, who has only one name, said after the KPK announcement that talks with mining giant Newmont Corp, aimed at resuming copper exports, would not be affected by the change in Wacik's legal status in connection with the case.

Yudhoyono picked Wacik to take over the ministry in 2011.

Wacik, a former tourism minister from the island of Bali, faced heavy criticism this year for his botched handling of a ban on raw mineral exports that has caused billions of dollars in losses in the mining industry.

This year, the religious affairs minister was identified as a suspect in a graft case involving state funds allocated for the haj pilgrimage. In July, the former sports minister was sentenced to four years in prison after being removed from his post because of suspected corruption connected to a sports complex project. Both officials denied any wrongdoing.

Widodo has promised a clean and largely technocratic cabinet in a country where graft remains a prevalent problem. Indonesia consistently ranks among the most corrupt countries on Transparency International's corruption perception index.