Women-only train carriages were launched this week in Jakarta in Indonesia in an attempt to avert groping and sexual harassment on packed commuter trains. 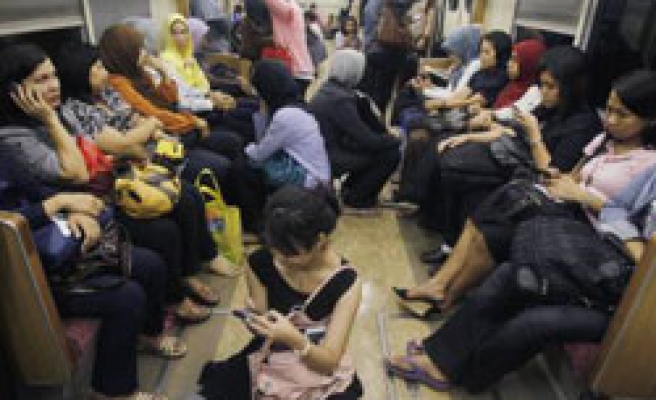 Women-only train carriages were launched this week in Jakarta in Indonesia, the world's most populous Muslim country, in an attempt to avert groping and sexual harassment on packed commuter trains.

Women can choose to board the female-only, orange and pink-seated carriages at the front and rear of trains in Jakarta, the latest in a growing number of cities to offer women-only services.

The state-owned railway operator, PT Kereta Api Indonesia (KAI), said it had not received many complaints about sexual harrassment but the company had noticed that many women avoided densely-packed trains.

PT KAI is now providing 20 female-only carriages and plans to add more in the next three months.

One female commuter headed for Bogor city was pleased with the new carriages.

"I feel respected. As you may be aware, sexual harassment took place on packed trains," the commuter, giving her name just as Dennisa, told Reuters Television.

The trains, manufactured in Japan, are the only fast public transport service between the four city suburbs connecting Jakarta. Women account for almost half of the 500,000 commuters a day.

Female-only carriages on trains were first introduced in the festive, year-end season in Japan in 2000 as a way to stop sexual harassment. These carriages are now offered in Tokyo and Osaka, Japan's two biggest cities.