﻿When one of Indonesia's most powerful politicians wanted to be part of a new government, he did not approach Joko "Jokowi" Widodo, the front-runner in next week's presidential election. 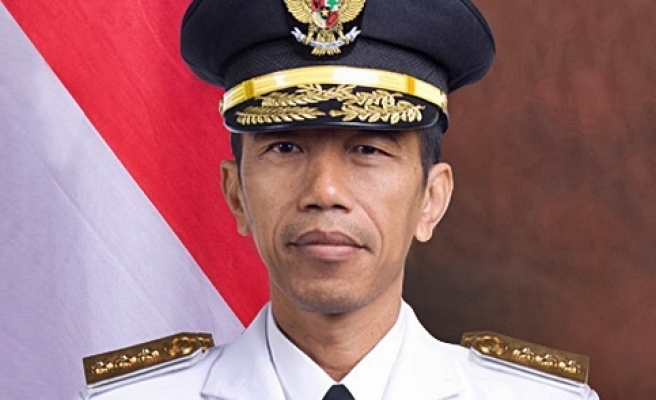 When one of Indonesia's most powerful politicians wanted to be part of a new government, he did not approach Joko "Jokowi" Widodo, the front-runner in next week's presidential election.

Instead, sources say, he went to the home of Jokowi's political patron, a former president who did not impress in her short tenure and who many fear will be the power behind the throne if the favourite wins the July 9 election.

The politician, Aburizal Bakrie of the Golkar party, was rebuffed by ex-President Megawati Sukarnoputri.

But the fact Bakrie went to Megawati, not Jokowi, to seek an alliance underlines the biggest worry about the front-runner - he may become president but will not be in charge. Critics say he will defer to Megawati and she will call the shots in the new government in Southeast Asia's biggest economy.

It is an image Jokowi does little to dispel with his public displays of deference to Megawati. Interviews with senior members of his camp suggest frustration with his modest mien, but they were adamant he will not be anyone's stooge.

"One thing I can assure you, you cannot dictate to Jokowi, he has his own mind," said Luhut Panjaitan, a former trade minister who quit Bakrie's Golkar party to help run the Jokowi campaign.

"People say he's a puppet of Megawati, but I promise you, no. He's very polite and very humble but that doesn't mean that he'll say yes to everything you say,"

Jokowi has a filmstar following in Indonesia. Born in poverty, he has stormed his way to the top rungs of leadership with a clean image and a reputation for competence in local government, a reversal of the autocracy, corruption and power politics that have weighed down the country for decades.

He became mayor of his hometown Solo in 2005 and governor of Jakarta in 2012 after his populist approach and willingness to stand up to powerful regional officials won national attention. The only real worry about him, analysts say, is his relationship with Megawati and how it may affect state policy if he wins.

Panjaitan, who was present at the meeting between Bakrie and Megawati, said after the rebuff, the Golkar party chief went over to the rival camp of the other presidential candidate, former general Prabowo Subianto.

"I said to Bakrie...Why do we always have to make transactions like this? It doesn't set a good example for the public, to the young generation," Panjaitan said.

Bakrie has not commented on the allegation. He and his office did not respond to calls from Reuters for this story.

But a senior politician in his Golkar party, Fahmi Idris, said Prabowo has promised about seven seats in the cabinet in exchange for support.

On the campaign trail, Prabowo repeatedly warns against electing a "puppet" president, suggesting Jokowi is little more than a president-for-hire who would be tightly on the leash of his chief political backer. Opinion polls say Jokowi continues to lead the former special forces general, although the gap has narrowed and many voters are undecided.

Megawati is the daughter of Indonesia's founding president, Sukarno, and dominates the Indonesian Democratic Party-Struggle, the country's biggest party and Jokowi's main source of support.

She failed three times to be elected herself but did become president in 2001, when as vice president she stepped up to replace the impeached President Abdurrahman Wahid. Her short term was characterised by indecisiveness, a rise in corruption and a failure to crack down on militancy after the Bali bombings of 2002 that killed more than 200 people and were blamed on Islamic extremists.

She was widely expected to make a fourth try this July but in the end threw her party behind the hugely popular Jokowi, tipped by opinion polls at the time to win easily. Some analysts say she may be happier wielding power behind the scenes.

Jokowi, 53, is from central Java, a populous province on Indonesia's central island that is known for the hierarchical Javanese culture which prizes a reserved, respectful manner.

"He is his own man. But he is Javanese and always listens to input from his seniors...In his eyes, Megawati is his senior," said one close aide to Megawati, who declined to be identified because of the sensitivity of the issue.

"He would seek advice on certain issues from Megawati, but he is not being guided by her. That is crucial. He also seeks advice from other senior people that he feels have more experience than him, not just Megawati."

Campaign manager Panjaitan is one of a group of former generals who make little effort to hide their antipathy towards their former colleague Prabowo, the other presidential hopeful.

If elected, the furniture businessman-turned-politician would be Indonesia's first president not to have come from an elite or military background. By contrast, Prabowo comes from a prominent Indonesian family, has studied and worked overseas and his brother is one of the country's richest men.

If he wins, Jokowi would also be the first elected president in Indonesia's nearly 70 years of independence to have to rely entirely on other people's political parties for his power base.

Megawati's party teamed up with three other parties to muster the necessary numbers to be allowed to nominate a presidential candidate.

But there has been no talk of deals on cabinet posts and other top appointments before the election. Jokowi camp sources say they realise they will have to accommodate allied parties but will only take into the cabinet individuals who are qualified by skills and not by political affiliation.

Few believe Jokowi will be able to pull off a truly technocratic cabinet free of the politically-motivated appointments that are widely seen to have tarnished the outgoing coalition government of President Susilo Bambang Yudhoyono.

"Jokowi keeps saying this time has to be different from the past, different from the previous government," said the aide to Megawati. "(He) wants to put the right people in the right place. I think whether they come from different parties, that's part of the plot and he needs to consider that. But most importantly the people who are chosen should be capable of doing the job."

Kalla won a reputation as a reformer when he held the vice presidency during Yudhoyono's first term from 2004 to 2009. He has since remained in the public eye as head of the Indonesian Red Cross, a humanitarian organisation.

"There will have to be political appointments," said Paul Rowland, a Jakarta-based analyst.

"Jokowi's track record shows that he doesn't play into ... deal-making. The thing is he's never had to have political appointments in his team before, but so far at least he's been firm on not making any deals. We'll have to see if that holds if he is elected."