After days of concealing the fate of Meng Hongwei -- who is also China's vice minister for public security -- from the international community, the public security ministry said Monday he had accepted bribes but provided no further details on the allegations or the conditions and location of Meng's apparent detention. 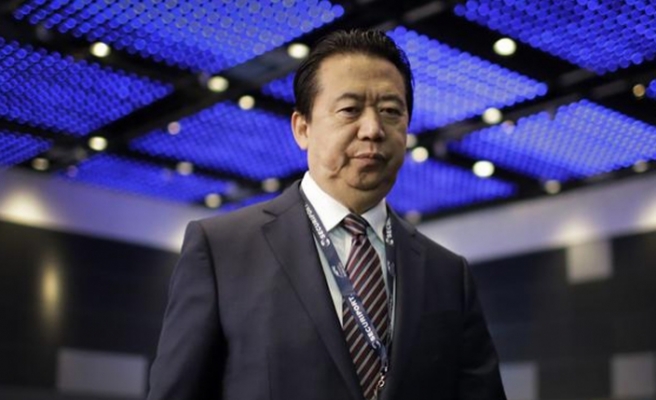 French officials disclosed on Friday that Meng had been reported missing after leaving France for China, while his wife voiced concern for his life on Sunday some two weeks after he texted her an ominous knife emoji.

His case could tarnish Beijing's efforts to gain leadership posts in international organisations, but it is also a black eye for France-based Interpol, which is tasked with finding missing people, analysts say.

Interpol said Sunday that Meng had resigned and would be temporarily replaced by a South Korean official until a new election in November -- hours after China's anti-graft body, the National Supervisory Commission, said he was under investigation for violating unspecified laws.

It did not provide more details about the allegations.

"It shows that no one is above the law with no exceptions. Anyone who violates the law will be seriously investigated and severely punished," the statement said, adding others suspected of accepting bribes alongside Meng would be investigated and dealt with.

Meng is the latest high-profile Chinese citizen to disappear, with a number of top government officials, billionaire business magnates and even an A-list celebrity vanishing for weeks or months at a time.

Meng, the first Chinese president of Interpol, was last heard from on September 25 as he left Lyon, where Interpol is headquartered.

Meng was appointed in 2016, despite concerns from human rights groups about giving Chinese President Xi Jinping a win in his bid to paint the communist-led country as a responsible player in global affairs.

But his disappearance could be a setback for China. Interpol was kept in the dark about his disappearance, prompting its secretary general Juergen Stock, who oversees day-to-day operations, to say Saturday the agency was seeking "clarification" on his whereabouts.

"Any international organisation should think twice going forward before considering a Chinese candidate to be its head," Bonnie Glaser, senior Asia adviser at Washington's Center for Strategic and International Studies, told AFP.