Iran asks China for support in its nuclear program 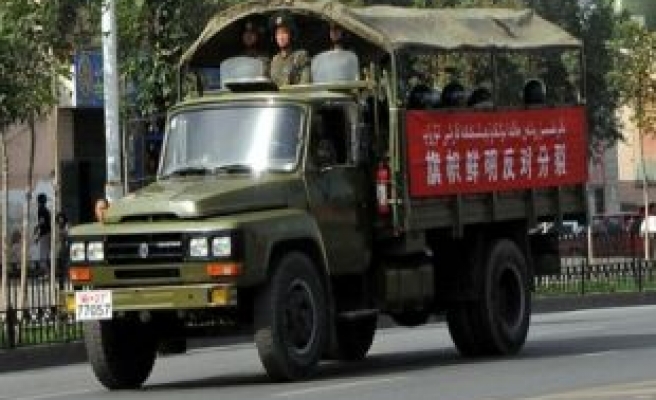 China's domestic security chief has visited Iran to push for greater cooperation in the fight against terror, the Chinese foreign ministry said on Tuesday, as Beijing seeks allies in its efforts to maintain stability in Xinjiang (East Turkestan).

Beijing says it faces a threat from militants in its far western region of Xinjiang, where hundreds have died in unrest in the past two years or so, and has repeatedly pushed for greater regional efforts to tackle the problem.

"Both sides reached important consensus on expanding and deepening China-Iran bilateral ties, especially when exchanging views on pushing law-enforcement and security cooperation," the ministry said in a statement.

"China and Iran have broad common interests on fighting terrorism, and China is willing to further step up cooperation with Iran and play a proactive role in maintaining both countries security interests and promoting regional peace and stability," it cited Meng as saying.

China wishes to continue with high-level exchanges with Iran and work even more closely with the country on business, trade and security links, Meng added.

China has close economic and diplomatic links with Iran and is the country's top oil buyer. China has also been the most aggressive in raising its crude purchases after an easing of the Western sanctions aimed at ending Tehran's disputed nuclear programme.

Iran asked China to have an active role in order to resolve issues surrounding its nuclear program, while officials from the two countries agreed to improve their bilateral ties, according to IRNA, Iran's official news agency, on Monday.

Nuclear negotiations between Iran and P5+1 countries are expected to conclude on Nov. 24.

According to the United States and its allies, Iran is secretly developing nuclear weapons in its uranium enrichment program, while Iran says that the program is for the peaceful use of nuclear energy.

Jahangiri welcomed China's support for its peaceful nuclear program and asked for the improvement of ties between the two countries in a meeting, the news agency said.

"Iran and Beijing can work together on the revival of the ancient Silk Road, development of Chabahar port as well as fighting terrorism," he added, according to IRNA.

Jahangiri's statement was answered by Meng Jianzhu, a member of the Central Committee of the Communist Party of China.

Jianzhu affirmed China's support for Iran to use nuclear energy for peaceful purposes.

"Iran and China have the potential to enhance their level of ties and they have similar stances on regional and international developments," he said.

China has the political desire to improve ties with Iran, Jianzhu concluded.

China, a participant at the nuclear talks with Iran, has consistently urged a negotiated solution and decried efforts to place sanctions which have not been endorsed by the United Nations on Iran.