The Revolutionary Guards greeted PJAK's ceasefire, announced on its website (www.pjak.org) on Sunday, with scepticism. 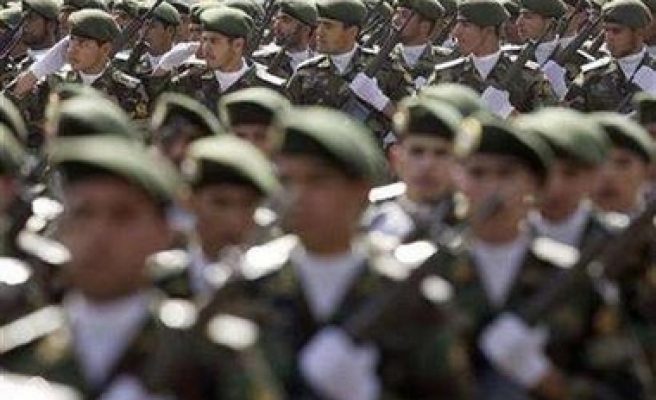 Iran's Revolutionary Guards on Monday rejected a ceasefire declared by militant group PJAK as "meaningless" as long as PJAK forces remained on the borders of the Islamic Republic, the semi-official Fars news agency reported.

PJAK (Party of Free Life of Kurdistan), is an offshoot of Turkey's militant Kurdistan Workers Party (PKK), whose hideouts in the Kurdistan region of northern Iraq were bombed by Turkish warplanes on Sunday.

Iran said on Saturday its troops had killed 30 PJAK militants and wounded 40 in several days of fighting.

The PKK says it will ally with the PJAK in response.

The Revolutionary Guards greeted PJAK's ceasefire, announced on its website (www.pjak.org) on Sunday, with scepticism.

"We want them to leave our borders," Fars quoted Colonel Hamid Ahmadi as saying. "Otherwise announcing a ceasefire by the terrorist PJAK group is meaningless.

"The statement is not clear and complete," Ahmadi said, adding that PJAK would announce a pullout from Iran's borders on Monday, without saying how he knew this in advance. "We might reply ... if they withdraw from our borders."

Iranian troops launched an offensive against the PJAK in the mountains bordering Iraq last week after calling a truce during the Muslim fasting month of Ramadan, which ended on Tuesday.

Iranian media have previously reported that PJAK had launched ambushes and sabotaged gas pipelines in the area.

The surge in violence in Kurdish-populated areas of Turkey, Iraq and Iran follows the killing of more than 40 Turkish security personnel by the PKK in July. Turkey's armed forces have said between 145 to 160 militants were killed in air and artillery strikes on PKK bases in northern Iraq in August.