Iran will never try to obtain a nuclear bomb but will not give up the pursuit of peaceful nuclear energy, Supreme Leader Ayatollah Ali Khamenei told a gathering of leaders of developing countries meeting in Tehran. 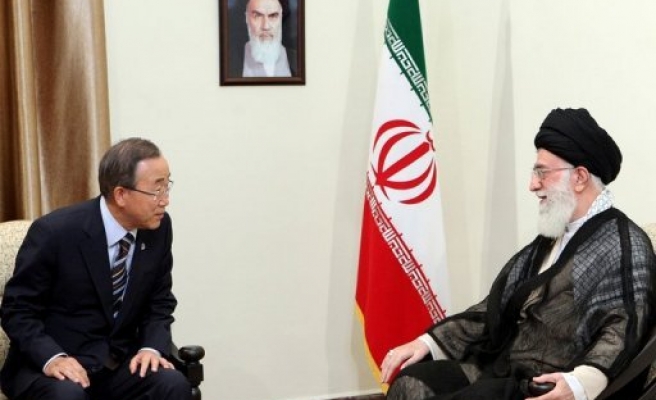 Iran, hosting a summit of the 120-nation Non-Aligned Movement (NAM), is hoping the high-profile event will prove that Western efforts to isolate it and punish it economically for its nuclear programme have failed.

"Our motto is nuclear energy for all and nuclear weapons for none," Khamenei told the assembled heads of state.

"Our solidarity with the struggle of the Syrian people against an oppressive regime that has lost its legitimacy is an ethical duty as it is a political and strategic necessity," Mursi said, prompting a walkout by the Syrian delegation, according to the pan-Arab satellite channel Al Jazeera.

It was not immediately clear if the Syrians had returned to the meeting after Mursi's speech.

Mursi's visit to Tehran was the first by an Egyptian leader since Iran's Islamic Revolution in 1979.

Diplomatic relations between Cairo and Tehran broke down immediately after Iran's revolution over Egypt's support for the overthrown Shah and over its peace agreement with Israel.

The NAM summit's final declaration is set to express deep concern about the violence in Syria and support for efforts by U.N.-Arab League envoy Lakhdar Brahimi to broker a resolution to the conflict, a delegate at the meeting told Reuters.

In his speech, Khamenei criticised the U.N. Security Council as an illogical, unjust and defunct relic of the past used by the United States "to impose its bullying manner on the world".

"They (Americans) talk of human rights when what they mean is Western interests. They talk of democracy when what they have is military intervention in other countries," he added.