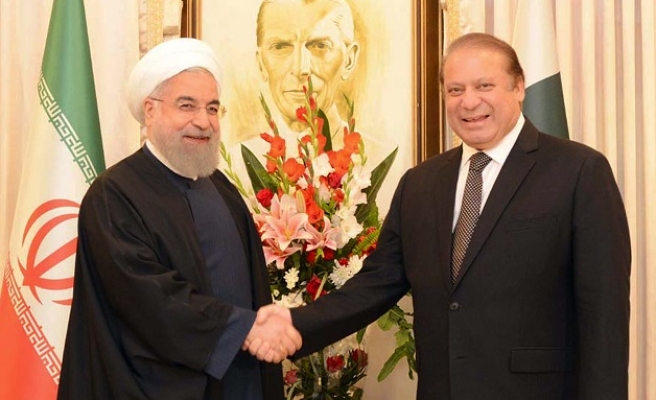 Realizing $5 billion worth of annual trade between Pakistan and Iran -- especially with investments in transport and a proposed natural gas pipeline -- is a realistic goal, experts say.

Iranian President Hassan Rouhani arrived in Islamabad on Friday for a two-day visit, during which he spoke with Pakistani officials about boosting trade ties and reviving plans for a proposed gas pipeline between the two countries.

The two countries on Friday signed a five-year action plan aimed at increasing the bilateral trade volume to $5 billion by 2021.

According to Pakistan’s Trade Development Authority, commerce between the two countries hit nearly $1.32 billion in 2008/09 before falling to $432 million in 2010/11 due to western sanctions on Tehran.

"It is clear that Pakistan will not [adopt] the Arab countries’ policies regarding Iran," he said.

Noting that Rouhani’s visit to Pakistan was the first of its kind in 14 years, Sehgal said: "It shows the improvement of political relations between the two countries."

"In the past, certain armed groups in Pakistan had used sectarian violence [within the context] of proxy wars," Sehgal added. "But between Shiites and Sunnis there has never been a major conflict; they have continued living in harmony."

Pakistani economist Hasan Asfak said Rouhani’s visit -- which took place after sanctions on Iran were lifted -- would have a positive impact on bilateral trade.

"This target [$5 billion of trade by 2021] is achievable," he said. "The creation of land and sea links between Iran’s Chabahar and Pakistan's Gwadar Port will help achieve this target."

"The visit [by Rouhani] will also be a significant incentive for increasing cooperation in the field of energy, particularly natural gas," the economist added.

Noting that Pakistan was trying to play a neutral role in the current tension between Iran and Saudi Arabia, Hasan said that Islamabad was pursuing a policy of "balance" between the two rivals.