Until now Iran had previously blamed only the U.S., Britain and Israel over the killing of five nuclear scientists. 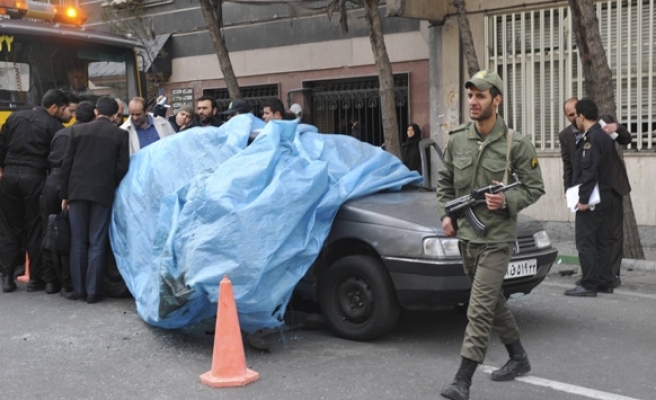 Until now Iran had previously blamed only the U.S., Britain and Israel over the killing of five nuclear scientists. Earlier this year it said it had dismantled two networks responsible for at least five of the assassinations.

In the most recent case, a magnetic bomb attached to a car killed nuclear scientist Mostafa Ahmadi Roshan in January.

The U.S. and Britain have denied involvement in killing Iranian nuclear experts. Israel has not commented.

Heidar Moslehi said that other intelligence services in the region — including that of Israel — also took part in the alleged campaign targeting the scientists.

"The recently dismantled networks of assassination and bombing were in coordination with main services," Moslehi said. "France, Germany, Israel's Mossad, CIA , MI6 and all regional services served each other," he added.

Earlier this week Iran said it had arrested two Azerbaijani citizens on espionage charges, and in recent months it has accused the neighboring country of harboring operatives linked to Israel. Baku denies the charge and says its citizens are innocent.

Speaking at a Friday prayer ceremony, Moslehi said other countries in the region were also involved in the campaign, but he did not mention Azerbaijan.

Germany and France, alongside the United States, Britain, Russia, and China are negotiating with Tehran over its nuclear program, which nuclear-armed Israel often threatened to attack.