Russia, which is pressing its proposal to revive negotiations with Iran, is a partner of the West and China in a six-nation group. 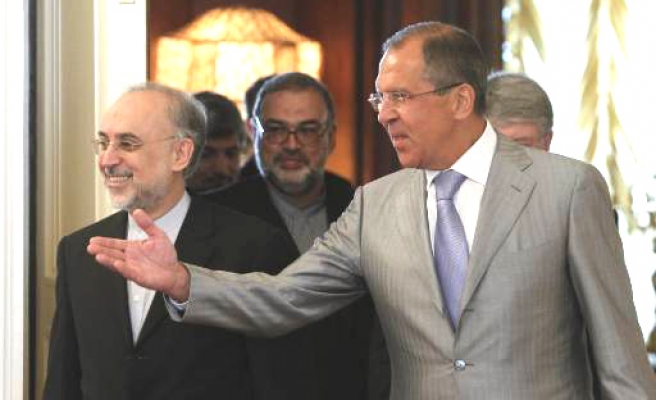 Iran's foreign minister said on Wednesday his country's Russian-built nuclear power plant at Bushehr would be switched on soon after years of delays, but gave no date.

Ali Akbar Salehi spoke at the start of talks with Russian Foreign Minister Sergei Lavrov which were expected to focus on the latest Russian proposal to resolve global tension over Tehran's nuclear programme.

"The launch of the Bushehr atomic power plant will take place soon," Salehi said through an interpreter.

Russia agreed to construct the plant, Iran's first, in the southwest of the country in the 1990s. Repeated delays have irritated Iran and fuelled speculation that Moscow is using the project as a lever in diplomacy over Iran's nuclear programme.

A senior Russian diplomat said this year the plant was likely to become fully operational by early August.

Russia, which is pressing its proposal to revive negotiations with Iran, is a partner of the West and China in a six-nation group.

Moscow is calling for a phased process in which Iran would take concrete steps to ease concerns about its nuclear programme and win concessions, such as the gradual easing of sanctions, in return.

Iranian President Mahmoud Ahmadinejad welcomed the proposal after talks with Russia's Security Council secretary in Tehran on Tuesday. But Iranian officials gave no indication that they were prepared to address Iran's uranium enrichment activities.

"We have the impression that there is an understanding of the need to strengthen trust and seek a way to resolve the questions of Iran's nuclear programme," Lavrov told Salehi.

Salehi praised the Russian proposal in vague terms at the start of the meeting with Lavrov.

The United States has welcomed Russia's efforts to make progress after talks with Iran ended without result in January, but Western nations have made little specific comment on Russia's "step-by-step" proposal.

A senior Russian diplomat told Reuters on Wednesday that the others powers in the group seeking a solution to the nuclear dispute with Iran -- the United States, Britain, France, Germany and China -- supported the proposal in general, but there were differences over details and specific steps.

The diplomat declined to give details of the Russian proposal.