Ahmadinejad pulled a sheet away from the aircraft, called the Karrar, which Iran says is its first long-range drone. 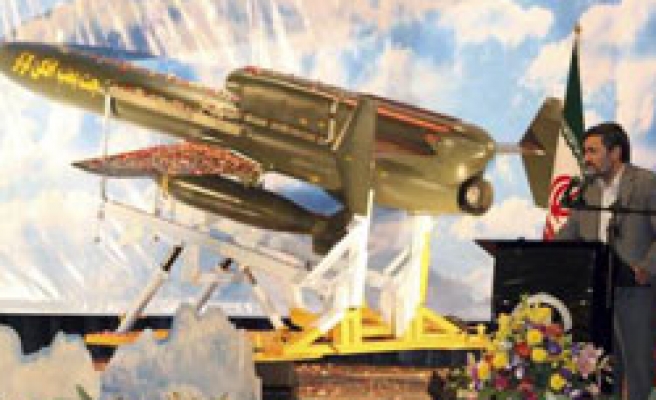 On a stage in front of military officials, Ahmadinejad pulled a sheet away from the aircraft, called the Karrar, which Iran says is its first long-range drone.

The Islamic Republic has showed off new mini-submarines, a surface-to-surface missile and announced plans to launch high altitude satellites over the next three years.

The unveiling of the aircraft comes as Iran marks on Sunday its annual Defence Industry Day.

State television's website reported that the drone has "different capabilities, including carrying bombs to destroy targets." It said the plane can fly for a "long range at high speed."

In a speech at the unveiling ceremony, Ahmadinejad said Iran should seek the ability to make pre-emptive strikes against a perceived threat, although he said it would never strike first.

Over the next few days Iran is expected to make series of further military announcements as the nation marks the annual government week, a period used by Tehran to tout its achievements.