Iran said Wednesday that it has successfully test-fired an upgraded version of a short-range surface-to-surface missile. 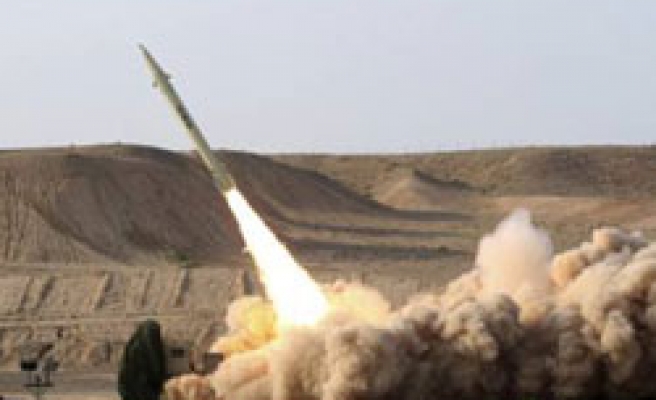 Iran said Wednesday that it has successfully test-fired an upgraded version of a short-range surface-to-surface missile.

Defense Minister Gen. Ahmad Vahidi said the third generation of the Fateh-110, which means "conqueror" in Farsi and Arabic, is equipped with a high accuracy guidance control system.

He said the solid-fuel missile was developed domestically by Iran's Aerospace Industries Organization and tested Wednesday.

The new version of the missile increases the weapon's range from earlier generations, Vahidi said without providing any further details.

"Employing a highly accurate guidance and control system has enabled the missile to hit its targets with great precision," Vahidi was quoted by state TV as saying Wednesday.

State television showed a test-firing of the nine-metre-long (30-ft) missile it said was a new version of the Fateh-110 weapon with an improved range of 250 km and better precision than previous models.

He criticised Washington's decision this month to sell the latest Patriot interceptor missiles to Kuwait.

"America is seeking to create a climate of fear about Iran by installing new (weapons) systems in the region, but there is no necessity for these systems," Vahidi said.

Vahidi reiterated Iran's offer of support to the Lebanese military, initially suggested after a deadly cross-border clash with Israel.

"Lebanon and the Lebanese army is our friend and if there were to be a request we are ready to help them," Vahidi was quoted as saying by the students news agency ISNA.