Such a troika would include Egypt, Iran and Venezuela, as the former, current and future holders of the NAM rotating presidency, as well as Lebanon and Iraq, said senior Iranian lawmaker said. 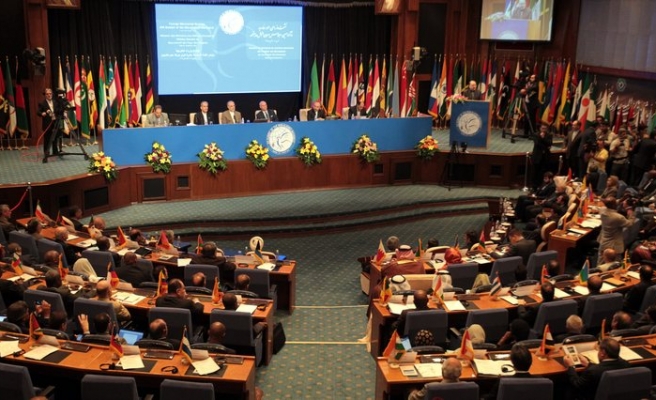 Iran will form a team with other non-aligned countries to explore solutions to the crisis in Syria, the Iranian foreign minister said on Wednesday, and U.N. chief Ban Ki-moon called on Iran to use its influence to help end the violence there.

Iran says the 120-nation Non-Aligned Movement (NAM) summit in its capital proves U.S. efforts to isolate it over its nuclear programme and support for Syrian President Bashar al-Assad have failed. A resolution on Syria would help Tehran argue that its ties with Damascus are benign.

"At a time when many other international organisations have gotten involved in the Syria issue, it's not right that the Non-Aligned Movement take a back seat," Iranian Foreign Minister Ali Akbar Salehi told a press conference on Wednesday.

"It was recommended that the NAM troika get involved, with cooperation with other international organisations, specifically the United Nations."

Such a troika would include Egypt, Iran and Venezuela, as the former, current and future holders of the NAM rotating presidency, as well as Lebanon and Iraq, said senior Iranian lawmaker Alaeddin Boroujerdi, who visited Syria this week for meetings with senior officials, in comments to Fars news agency.

Ban urged Iran's leaders to use their influence to call on Assad to end the violence and create conditions for "credible dialogue and a genuine political process that meets the will of the Syrian people," Ban's spokesman Martin Nesirky said.

"The secretary-general reiterated his opposition to the further militarisation of the conflict and called on all states to stop supplying arms to all sides in Syria," he said.

Iran has also asked NAM members to back its call for a ceasefire in Syria, Boroujerdi said.

"The Islamic Republic of Iran is ready to make any effort on the basis of its beliefs and its religious principles to solve the crisis in Syria," state television quoted Khamenei as saying.

"This proxy war is the reality of the Syria crisis today," said Khamenei, the most powerful figure in Iran. "Solving the crisis in Syria has one natural requirement, which is preventing the sending of arms to ... groups in Syria."

Iran supported a failed U.N.-Arab League peace plan and says it should be involved in future efforts to end the conflict.

Iran's proposal for a three-month ceasefire has been presented to NAM foreign ministers for discussion, Abdullahian said, and the outcome will be presented at the end of the summit on Friday.

Egyptian President Mohammad Mursi - due to attend the summit as the first Egyptian leader in Iran since the 1979 Islamic revolution - is also expected to present his own plan for Syria.

Last week, he spoke of forming a contact group comprising Egypt, Iran, Saudi Arabia and Turkey to resolve the crisis, an initiative the Iranian leadership is keen to pursue.

"When Mr. Mursi comes to Tehran we'll see whether there will be other initiatives by NAM. We'll have to cross our fingers and see how things move," Iranian Foreign Ministry official Mohammad Mehdi Akhoundzadeh told state television on Tuesday.

But speaking to Reuters earlier this week, Mursi called for Assad to be removed from power, something Tehran would oppose.