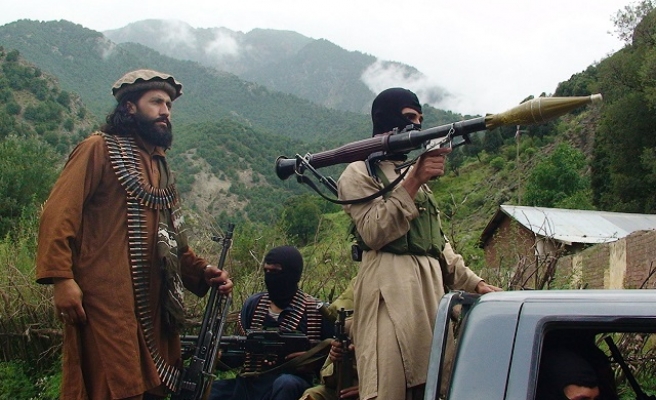 Pakistan militants who have pledged allegiance to ISIL said on Sunday they had attacked a paramilitary checkpoint along the Afghan border, in the first such assault claimed by a former faction of the Taliban in several months.

A militant affiliated with the faction told Reuters the group attacked Damadola district of the Bajaur tribal area in Pakistan's northwest, where the military has been battling a militant insurgency since 2007, late on Saturday.

"Our men destroyed the post, set it on fire and left it after our operation was complete," he said by telephone.

Two Pakistani intelligence officials confirmed a checkpoint had been attacked, but there were no casualties.

The Pakistani government says that ISIL, a group founded in Syria and Iraq in 2013, does not have a credible presence in the country. Several smaller militant groups and factions of the Pakistani Taliban have, however, pledged allegiance to ISIL and its leader Abu Bakr al-Baghdadi since last year.

So far, ISIL has not formally accepted any of those pledges, nor has its central leadership claimed responsibility for any attacks carried out in Pakistan.

On Sunday, at least 12 militants were killed after military jets bombed the Mana area of Shawal Valley in northwest Pakistan, two security officials said. The deeply forested valley is a key Taliban stronghold and a main smuggling route into Afghanistan.

The Shawal Valley is still dotted with Taliban bases and foreign fighters more than a year after the military announced an offensive to clear the Taliban from the North Waziristan region along the Afghan border.

A drone strike across the border also killed four members of the Afghan Taliban on Sunday morning, said Taliban fighters.