Ihsanoglu also visited a camp set up after the flood, and chatted with flood victims. 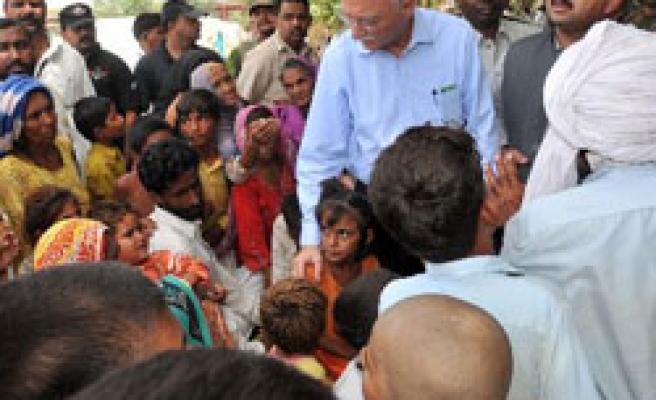 The secretary general of the Organization of the Islamic Conference (OIC) visited flood-hit regions in Pakistan on Sunday.

Visiting the flood-stricken areas in Multan, the Punjab province of Pakistan, Ekmeleddin Ihsanoglu said the dimensions of the flood had been worse in the south of the country.

"Seeing the tragedy of people and their clamors touches every Muslim, particularly during the holy month of Ramadan," Ihsanoglu said.

Ihsanoglu also visited a camp set up after the flood, and chatted with flood victims.

The OIC secretary general said they held a meeting in Islamabad to coordinate the assistance extended after the flood disaster.

Touched by what he had seen in the area, Ihsanoglu said more aid should be exerted to Pakistan