Israeli-made guns are going to Myanmar's navy, part of force being used in crackdown on Rohingya Muslims 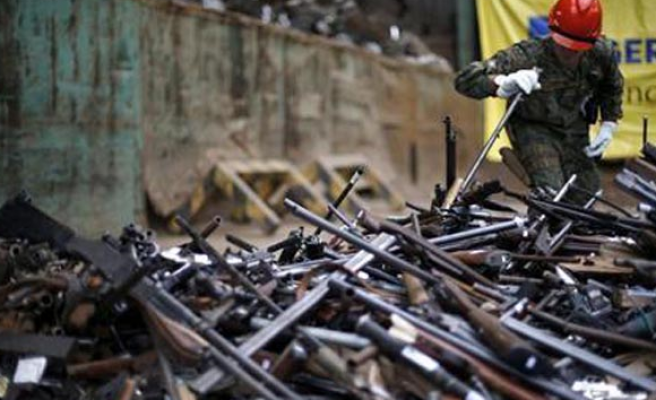 Israel is reportedly continuing to sell advanced weapons to Myanmar's navy, part of the force being used in a crackdown on Rohingya Muslims, according to Israeli daily Haaretz.

"Israeli-made navy patrol boats custom-fitted with remote weapon stations are part of arms deals estimated to be worth tens of millions," Haaretz wrote on Monday.

Pictures of warships equipped with weapons were released by the Myanmar army on social media.

According to the Israeli report, weapons sold to Myanmar include Typhoon missiles produced by Rafael Advanced Defense Systems company, which normally produces such systems for Israel.

There are still U.S. and EU arms embargoes on Myanmar's military, which is accused of committing war crimes against the Rohingya people.

Since Aug. 25, over 600,000 Rohingya have crossed from Myanmar's western state of Rakhine into Bangladesh, according to the UN.

The UN has documented mass gang rapes, killings -- including of infants and young children -- brutal beatings, and disappearances committed by security personnel. In a report, UN investigators said such violations may have constituted crimes against humanity.