Bangladesh-wide strike coincides with the verdict the International Crimes Tribunal-1 is set to deliver on former Jamaat chief Ghulam Azam. 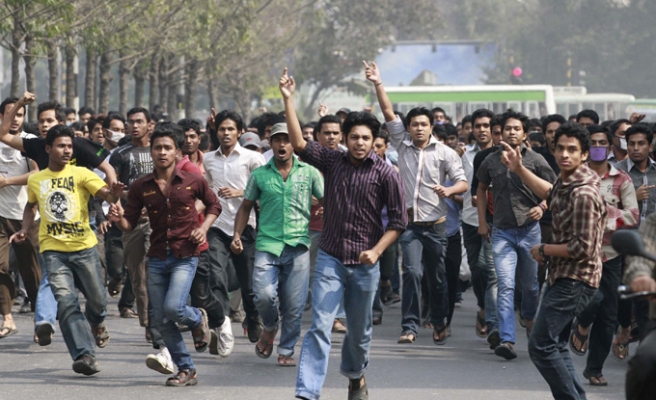 The Jamaat-e-Islami sponsored strike has begun amid tight security with sporadic clashes and incidents of arson reported from the capital.

The daylong Bangladesh-wide strike coincides with the verdict the International Crimes Tribunal-1 is set to deliver on former Jamaat chief Ghulam Azam later in the day, reported Bdnews24.

Police has tightened security across capital Dhaka since early Monday in a bid to thwart any possible violence that activists of Jamaat and its affiliates might unleash. Security has also been beefed up at the ICT premises since Sunday.

The verdict was being delivered in Azam’s presence, who is up on the dock. ICT-1 Chairman Justice ATM Fazle Kabir first read out the background to the verdict at 11:08am.

After that, Justice Anwarul Haque started reading out the 75-page executive summary of the 243-page judgement.