Jammu Kashmir locked down on eve of India's Republic Day

In run-up to India's Republic Day on Jan. 26, Indian-occupied Jammu Kashmir has become dotted with bunkers, checkpoints and barricades 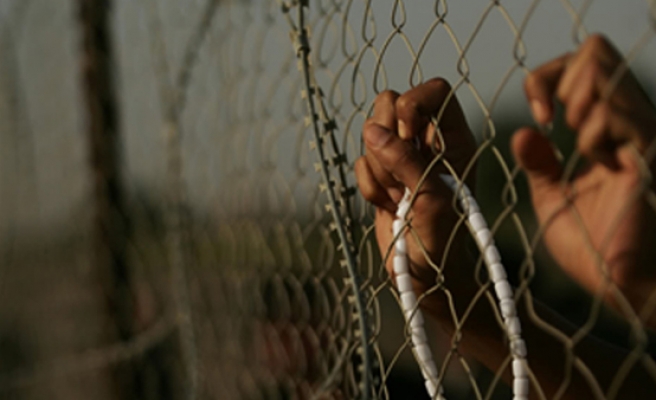 In the run-up to India's Republic Day on Jan. 26, the Indian-occupied Jammu Kashmir region has become dotted with makeshift bunkers, checkpoints and barricades.

Thousands of Indian soldiers have been deployed on the roads, where they carry out exhaustive searches of vehicles and their passengers.

"It’s always like this in Kashmir ahead of India’s Independence Day or Republic Day, or when their prime minister visits. And we have to suffer this harassment," Shahnawaz Rashid, a 34-year-old employee of a pharmaceutical company, told Anadolu Agency.

Rashid says that it took him an hour to take his sick son to hospital on Saturday night when it should have taken a mere 15 minutes.

"My car was stopped every kilometer by police and soldiers," he said. "Even though I told them my son was running a fever, they checked my identity card and searched the car."

Others in Jammu Kashmir have similar stories to tell in the days leading up to major Indian national holidays.

"They bring worry and terror for us; these are the days of frisking, abuse, slappings and beatings in Kashmir," Hussain told Andolu Agency near Srinagar’s Iqbal Park, where he was waiting his turn to be frisked by policemen.

Amid all the checkpoints and stepped-up security, the main Republic Day festivities in Jammu Kashmir -- including the raising of the Indian flag -- will take place in Jammu city and Srinagar.

As in previous years, pro-independence leaders in Jammu Kashmir have called on supporters to mark the day with a general strike to express their opposition to Indian rule.

"Kashmiris are neither the enemies of India nor are they opposed to Republic Day celebrations -- but within the limits of Indian territory," prominent pro-independence leader Syed Ali Shah Geelani said.

"But as far as Kashmir is concerned, it is an occupied territory held by sheer military might. Therefore, India has no constitutional or moral justification to celebrate these [Republic Day] functions in Kashmir," he added.

Indian Independence Day and Republic Day functions in Jammu Kashmir are mostly attended by plainclothes policemen and their families, government employees who are asked to attend, and schoolchildren who perform dances and skits.

One group of parents on Thursday told journalists in Srinagar that teachers at certain government-run high schools for girls were forcing their daughters to participate in planned Republic Day festivities.

"I was shocked to learn from my daughter that her physical education teacher had forced her to go to Bakshi Stadium for January 26 rehearsals," one concerned parent was quoted as saying by the Srinagar-based CNS news agency.

Along with Geelani, Yasin Malik, leader of the Jammu Kashmir Liberation Front, and Hurriyat leader Mirwaiz Umar have also issued appeals for a general strike on Jan. 26.

"Transport, business centers and other activities will come to a standstill. Kashmiris, through peaceful protest, will let the whole world know that the people of Jammu Kashmir -- despite all oppression -- are making sacrifices for freedom," Malik said.

The Jammu and Kashmir Bar Association has also supported the strike calls.

"The Kashmir issue is an international one and deserves to be settled by holding a free, fair and impartial plebiscite under UN auspices in accordance with UN resolutions," the association said in a statement.

Since 1989, Kashmiri resistance groups in Jammu Kashmir have fought Indian rule to demand independence or unification with Muslim-majority Pakistan.

India currently maintains over half a million troops in Jammu Kashmir.