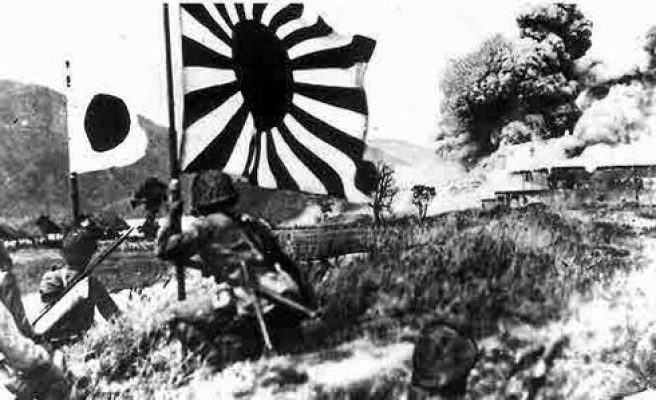 The Japanese government has issued a blistering attack on a United Nations historical agency for “politicizing” a dark episode in Japan’s war with China in the 1930s.

“We will consider all possible options, including suspension of payments,” Chief Cabinet Secretary Yoshihide Suga said.

What riled the Japanese was the UNESCO decision to accept Chinese documents supporting claims of Japanese “atrocities” in Nanjing in its Memory of the World register.

The register was set up in 1992 to preserve the world’s documentary heritage in much the same way as the World Heritage Sites preserve physical sites of historic significance.

Suga complained that the decision was entirely one-sided.

“There is a big discrepancy between Japan and China [on the issue], and the decision reflecting a unilateral view turns this issue into a political problem,” he said.

In 1937, the Japanese army captured Nanjing, the then capital of the Chinese republic. The occupiers then killed -- by common account -- some 300,000 civilians in what has come to be called the Nanjing Massacre.

Japan continues to dispute that a massacre of this scale occurred, while the rest of the world -- including, naturally, China -- has long accepted that it took place, although some quibble over how many people were actually killed.

For many conservatives in Japan, it is an article of faith that the massacre never happened, or that, at a minimum, the number of fatalities was grossly exaggerated. These views are not just held by fringe groups but by many mainstream conservatives.

The chairman of the board governing Japan Broadcasting Corporation, the country’s public broadcaster, has publically denied the massacre, and even Prime Minister Shinzo Abe has expressed similar views in the past.

The government’s official position on the Nanjing matter is less extreme. Rather than dismissing the atrocity entirely, it concentrates on numbers.

“The killing of a large number of non-combatants and other acts occurred, but it is difficult to determine the true number of victims,” said Suga.

China had also nominated documents concerning women in occupied parts of China and the rest of Asia who were forced into brothels for imperial army troops, but they were not accepted for the registry.

The inclusion of the “comfort women” would undoubtedly have riled Tokyo even more.

Despite its objections, not to mention threats to defund the international organization, Japan has its own potential entries in the common registry.

In the next round in 2017, Tokyo plans to introduce the records of diplomat Chiune Sugihara, credited with issuing visas that allowed around 6,000 Jews to flee the Holocaust.

This is the second time this year that seemingly uncontroversial UNESCO issues have roiled relations between Northeast Asian neighbors.

In July this year, the agency granted world heritage status to a couple dozen Meiji-era industrial sites in Japan despite opposition from South Korea.

The Koreans initially opposed the inclusion of the industrial sites on the historical register because many Koreans were forced to work in these plants without pay during the Second World War.