'Japan will devote efforts particularly to humanitarian assistance for those people, such as the provision of food and water and education, and stabilization of areas liberated from the rule of terrorism,' Japanese foreign minister says 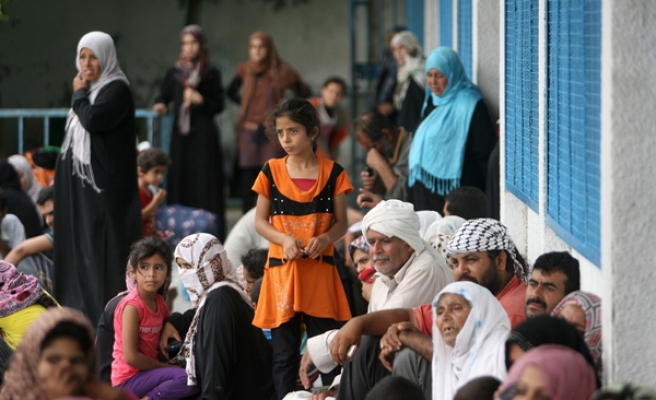 Japan's parliament on Wednesday approved $350 million in humanitarian aid and other support for refugees fleeing violence in Syria and Iraq.

The fresh round of aid comes in addition to $810 million to assist refugees inside and outside Syria and Iraq, which was announced last year.

The $350 million was included in a supplementary budget bill for the current fiscal year ending March that lawmakers approved, a parliamentary spokeswoman and a foreign ministry official said.

The funds are "for the stabilisation of Syria and Iraq", Foreign Minister Fumio Kishida said in a policy speech late Tuesday.

"Japan will devote efforts particularly to humanitarian assistance for those people, such as the provision of food and water and education, and stabilisation of areas liberated from the rule of terrorism," Kishida said.

Japan, which will host the Group of Seven summit this year, plans to take up issues including "terrorism, the Middle East, refugees and internally displaced persons," among others, Kishida said.

The Japanese government "will assist creating societies resilient to radicalisation" and work "to restore a tolerant and stable society in the Middle East," he said, without elaborating.