Tokyo Governor Shintaro Ishihara has proposed buying the islands from their private Japanese owners and has sought central government permission to send a team of officials to survey the land. 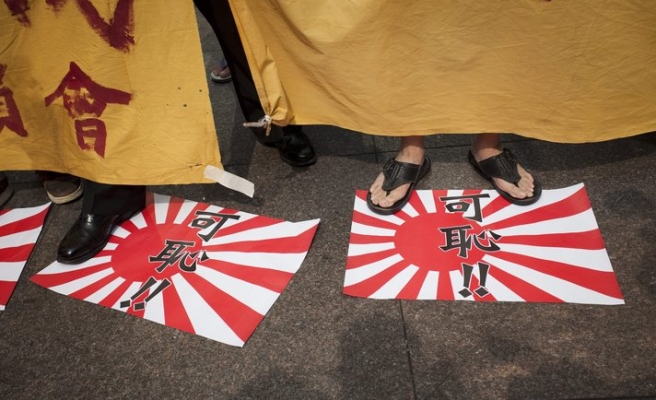 The Japanese government on Monday refused to let Tokyo metropolitan authorities land on islands at the centre of a territorial dispute with China, a move aimed at defusing tensions that led to biggest anti-Japan protests in years.

Tokyo Governor Shintaro Ishihara has proposed buying the islands from their private Japanese owners and has sought central government permission to send a team of officials to survey the land.

The plan has prompted Prime Minister Yoshihiko Noda to suggest that the central government could instead buy the islands it now leases. Both plans sparked outrage in China.

"The government has reached a conclusion of not permitting landing based on the purpose of its lease, which aims at peaceful and stable management and control of the Senkaku islands," a government official said.

The decision comes after anti-Japanese demonstrations in some Chinese cities over the weekend, which followed much bigger protests a week earlier.

The uninhabited islands known as Senkaku in Japan and Diaoyu in China have long been a source of friction between Tokyo and Beijing and competing territorial claims to the islets and surrounding fishing areas and potentially rich gas deposits.

Tensions over the islands flared in mid-August, when the Japanese coast guard detained Chinese activists who sailed from Hong Kong and landed on the island. Tokyo sent the group back home without charging them to calm things down, but a landing of Japanese nationalists just days later led to another flare-up.

Thousands of people in several Chinese cities took to the streets in biggest anti-Japanese protests in years after the tit-for-tat landings.

Tokyo also remains locked in a bitter feud with South Korea over another disputed island chain.

In a symbolic, but rare gesture the Japanese parliament on Friday passed two resolutions asserting Japan's sovereignty over both island chains, calling Seoul's control over one of them a "illegal occupation" that should end soon.

The resolutions prompted angry rebukes from Seoul and Beijing in an escalating war of words.

Despite close economic ties, bitter memories of Japanese militarism run deep in China and South Korea. The territorial disputes show how the region has failed to resolve differences nearly seven decades after the end of World War Two.