Japan bows to US pressure, imposing unilateral sanctions on Iran

New Japan government had pledged to be "more independent in foreign policy, in another action to break its promise. 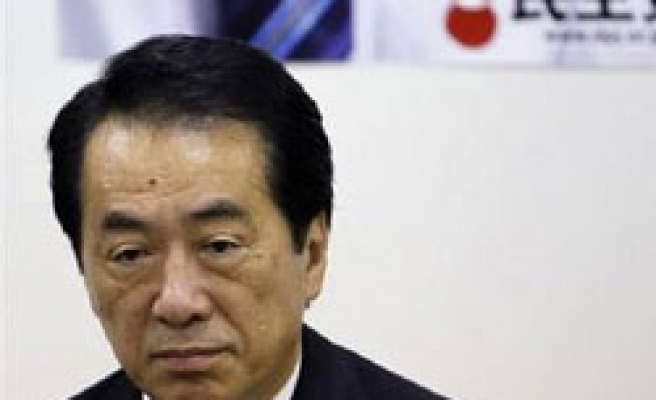 Japan approved fresh unilateral economic sanctions against Iran on Friday despite close ties after US pressure.

New Japan government had pledged to be "more independent in foreign policy, in another action to break its promise after local disappointment over unpopular base in Japanese island.

The sanctions that go beyond articles in a prior U.N. Security Council resolution include restrictions on doing business with 15 Iranian banks that could contribute to nuclear activities and a halt to new energy-related investments in Iran.

However, resource-poor Japan did not impose any restrictions on oil from the country, which accounts for 10 percent of its crude imports, not to hurt its business.

Japan is the fourth-biggest supplier after Saudi Arabia, United Arab Emirates and Qatar.

"We took those steps as they are necessary to push for nuclear non-proliferation and prevent its nuclear development," Chief Cabinet Secretary Yoshito Sengoku told a news conference.

"We have traditionally close relations with Iran and from that standpoint, we will patiently encourage the country towards a peaceful and diplomatic solution."

While the two countries have traditionally enjoyed relatively friendly ties, Tokyo has been urging Tehran to respond to global calls to suspend nuclear enrichment activities and return to the negotiating table.

Iran always points to what it calls "hypocrisy" of internationals actors over its nuclear programme it maintains peaceful, referring to nuclear-armed Israel in the same region that most experts estimate that it has at least between 100 and 200 nuclear warheads and often threatens the Islamic republic with an attack.

Turkey often calls for "fair" stance from global powers over nuclear activities in the region.

The measures approved by the Cabinet of Prime Minister Naoto Kan include an asset freeze on 88 entities, 15 banks and 24 individuals.
Japan had previously frozen assets on 75 entities and 41 individuals.

The individuals are also banned from entering Japan.

Japan's top bank, Mitsubishi UFJ Financial Group, and the No.3, Sumitomo Mitsui Financial Group, said some of the 15 Iranian banks were among their customers and that they would act in compliance with the law.

"One thing yet to be clear is whether settlements of our transactions will be done as usual. That would be up to banks," said one Tokyo-based trader who has Iranian oil contracts.

Among other sanctions, Japan said it would effectively ban new energy-related investment by not providing medium to long-term export credit commitments for trade with Iran.

It also prohibits the provision of insurance and reinsurance services to Iran and doubles the number of companies to 88 on a blacklist subjecting them to a freezing of assets. The number of individuals on the list was boosted to 24.

Japan approved sanctions against Iran in August in line with the U.N. Security Council resolution 1929, but U.S. officials have pressured Tokyo to follow the European Union in adopting tougher unilateral sanctions, especially in the financial sector.

The legislation attempts to force foreign banks choose between doing business with the U.S. or Iran.