The 64-year-old tycoon was arrested on November 19 and prosecutors have already extended his detention once, while two of the companies he led -- Nissan and Mitsubishi Motors -- have voted to remove him. 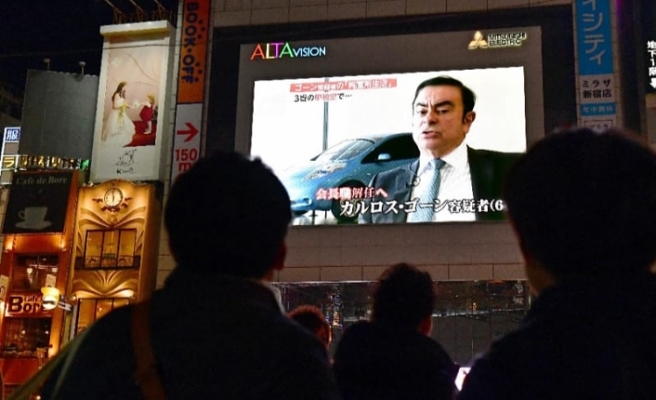 A Tokyo court on Friday extended the detention of former Nissan chief Carlos Ghosn, after his arrest on allegations of financial misconduct that have shaken the auto industry.

"The period of the detention was extended for 10 days," a court official said in a statement. This means Ghosn could remain in a Tokyo cell until December 10 while prosecutors investigate allegations he under-reported his salary by millions of dollars over five years.

The extension gives prosecutors until early December to decide whether to indict Ghosn on charges of under-reporting his salary. If he is indicted, he could then be released awaiting trial, or held in pre-trial detention.

Prosecutors could also choose to file additional charges against him, and with each charge they can seek to hold Ghosn for another 22 days.

Ghosn's detention even before charges have been officially filed against him has prompted some criticism abroad, particularly in France, where he holds citizenship.

On Thursday, the deputy head of the Tokyo prosecutor's office rejected the criticism, saying: "We do not unnecessarily keep people in custody for a long time."

"I do not criticise other countries' systems just because they are different," Shin Kukimoto added.

Ghosn, who denies the allegations against him, faces an array of claims involving hiding money and benefits he received while chairman of Nissan and head of an alliance between the Japanese firm, Mitsubishi Motors and France's Renault.