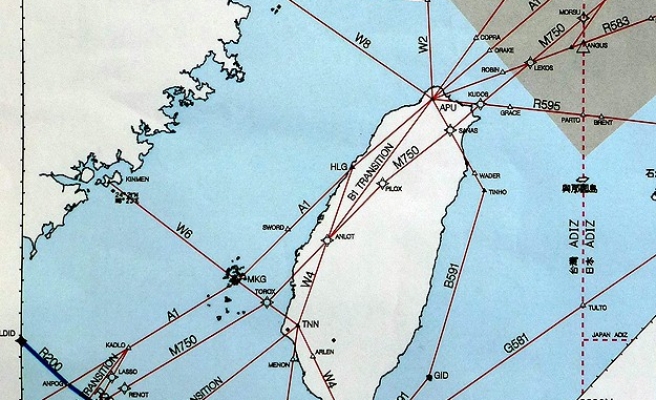 Japan on Friday denied Beijing's claims that its Self-Defence Force planes came "dangerously close" to Chinese aircraft in an incident over the East China Sea on Wednesday, demanding China takes down the footage allegedly showing the incident.

The tit-for-tat accusations and denials are part of a long-running territorial dispute between Asia's largest economies. They follow a similar incident on May 24, when Japan said Chinese aircraft came within a few dozen metres of its warplanes.

China, where bitter memories of Japan's wartime militarism run deep, lays claim to Japanese-administered islets in the East China Sea, known as Senkaku in Japan and Diaoyu in China. China declared its air defence zone covering most of the East China Sea last year despite protests by Japan and the United States.

"We believe there is no truth in China's assertions that Japanese fighter planes came within 30 meters of a Chinese plane and severely affected the flight's safety," Japanese Chief Cabinet Secretary Yoshihide Suga told reporters.

"The planes (in the video) are different," he said in response to a reporter's question about the rationale behind Japan's assertion, adding Japan lodged a protest late on Thursday and demanded that Beijing take down the footage.

China responded by calling on Tokyo to "immediately stop all its provocative words and acts".

"In the face of such cast-iron facts, I can only use three words to describe the remarks of this Japanese official - extremely shameless, senseless and unreasonable," Chinese Foreign Ministry spokeswoman Hua Chunying said at a daily briefing.

Suga reiterated Japan's request to quickly establish an emergency communication mechanism between the two countries so that they can deal with crisis situations.

Japan scrambled fighter jets against Chinese planes 415 times in the year ended in March, up 36 percent on the year, while in waters near the disputed islands, patrol ships from both countries have been playing cat-and-mouse, raising fears of an accidental clash.