His comments follow a similar statement on Tuesday, reported in the Nikkei business daily, from Junichi Matsumoto, a Tepco spokesperson on nuclear issues. 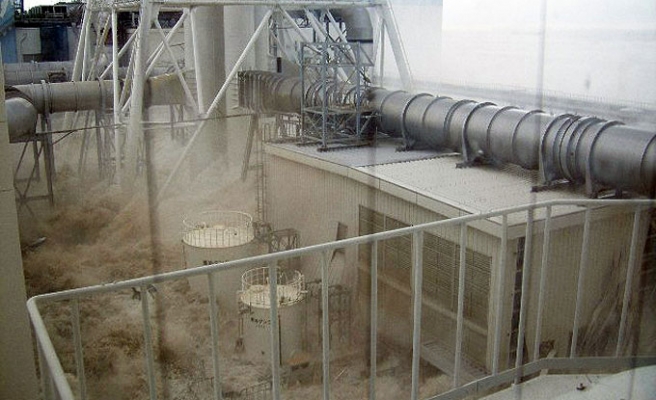 Tokyo Electric Power Co said on Wednesday that it may fail in its bid to achieve "cold shutdown" at its tsunami-hit nuclear plant in Fukushima by January, as the world's worst nuclear crisis in 25 years rumbles on.

Efforts to decontaminate highly radioactive water at the facility have been delayed by repeated breakdowns of cesium absorption instruments, which have caused water leakage and malfunctioning of pumps, threatening to delay the process of stabilising the stricken plant.

"It's possible that decontamination may not be completed as planned by the year-end, although we have not yet decided to change the target. That could affect the cold shutdown process," a company spokesman told Reuters.

His comments follow a similar statement on Tuesday, reported in the Nikkei business daily, from Junichi Matsumoto, a Tepco spokesperson on nuclear issues.

Cold shutdown is usually defined as meaning the water in a reactor is below 100C at normal atmospheric pressure, making its radioactive fuel safe from heating up again.

Tepco also confirmed on Wednesday that it is testing a new radioactive water processing instrument as it struggles to cope with the damage wreaked by the magnitude 9.0 earthquake and tsunami that devastated Japan's northeast coast in March.

With only an estimated 42,000 tonnes of highly contaminated water having been processed by Aug. 9, roughly 120,000 tonnes are still left in the basement in turbine buildings and elsewhere.

Tokyo Electric, or Tepco, had set a goal of processing 200,000 tonnes of radioactive water by year-end since more water will be contaminated in the process of bringing the damaged reactors under control.

Tepco officials and nuclear crisis minister Goshi Hosono plan to hold a joint news conference at 4:30 p.m. (0730 GMT) on Wednesday to explain progress on work to bring the damaged reactors under control.

The test run of Toshiba Corp's cesium adsorption instrument, known as Sarry, is being carried out by running water with low-level radiation through equipment from French nuclear firm Areva SA and U.S. nuclear waste management company Kurion Inc. It is scheduled to start operating fully as early as Thursday, Tepco officials said.

Sarry is relatively easy to maintain because it has fewer pumps, the breakdown of which have been a major reason for delays. Even if the system's overall operating rate holds steady at 90 percent, roughly 195,000 tonnes will be processed this year.