Japan govt ordered to pay residents over US airbase noise

A local court ordered the Japanese government to compensate residents living near a U.S. airbase on the southern Okinawa island for noise pollution 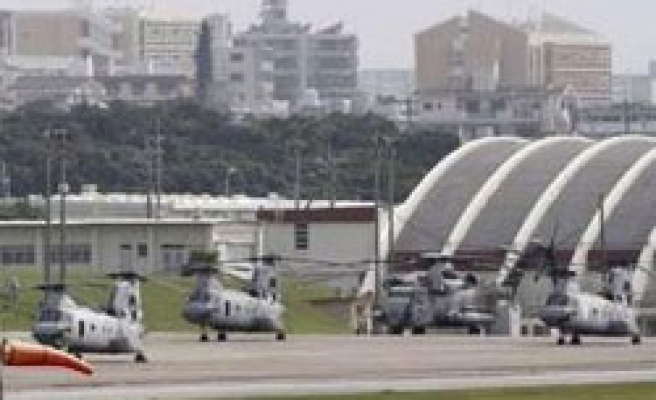 A local court ordered the Japanese government on Thursday to compensate residents living near a U.S. airbase on the southern Okinawa island for noise pollution, as prospects of moving the controversial facility remain unclear.

The airbase feud is adding to Prime Minister Naoto Kan's headaches after an upper house election loss this month.

The Naha branch of the Fukuoka High Court told the state to pay 369 million yen ($4.2 million) to some 400 people living near the base. But it dismissed their demand that the government order planes to stop flying in and out of the base at night and early mornings, a court official said.

"Due to the noise of the aircraft, the plaintiffs' ... rights to basic benefits from their daily lives are being violated and they are incurring damages such as mental suffering," presiding Judge Yoshinori Kawabe was quoted as saying by the court official.

The High Court's decision comes after both the residents and the government appealed a 2008 lower court ruling that ordered the state to pay 146 million yen while dismissing a similar demand to halt flights.

The Futenma base, which has been on the southern island of Okinawa since the end of World War II, is unpopular among local residents.

Residents of Okinawa, host to about half the U.S. troops in the country, are also concerned about aircraft safety, following the August 2004 crash of a Marine transport helicopter.

Tokyo and Washington basically agreed in May to implement a 2006 deal to shift the U.S. Marines' Futenma airbase to a less crowded area on the island and that experts will work out details of the relocation site for Futenma by the end of August.

But doubts persist over how much progress can be made over the deal, after former prime minister Yukio Hatoyama first raised and then dashed hopes of moving the base off Okinawa entirely, angering local residents and leading to his resignation in June.