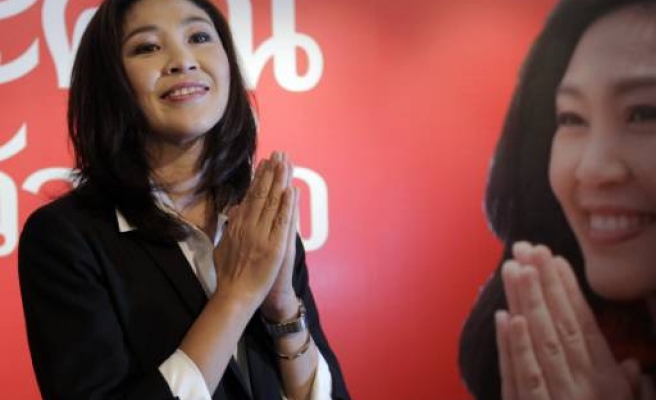 Japan said on Monday it had granted a visa to Thailand's fugitive, self-exiled former Prime Minister Thaksin Shinawatra to boost ties with Thailand under a new government led by his sister.

Tokyo said the new Thai government of Prime Minister Yingluck Shinawatra has asked Japan to issue the visa -- a move that represents a reversal of the stance by the previous Thai administration, which revoked the billionaire's Thai passports and aggressively pursued his extradition so he can serve a two-year prison term for abuse of power.

"The Yingluck government's policy is not to ban former prime minister Thaksin from traveling to any country and it has asked for our help in having ex-PM Thaksin visit Japan and to issue a visa," Chief Cabinet Secretary Yukio Edano told a news conference.

"Considering bilateral ties, it is a given that we respond based on the current official government's request."

Thaksin, 62, fled into exile in 2008 a few weeks before he was sentenced. He insists his conviction was part of a vendetta by political opponents whom he says plotted his overthrow in a 2006 coup and pressured court judges to put him in jail.

The visa issue has caused a stir in Thailand, where Thaksin is a divisive figure, loved by millions of urban and rural poor but loathed by many middle class Thais, who regard him as a corrupt autocrat and want to see him behind bars.

The timing of the visa request has come as a surprise because Yingluck has so far trod carefully with regard to her brother, rejecting claims she is his proxy and distancing herself from talk of his possible return home from exile.

Many analysts had predicted Thaksin would try to keep a low profile and wait for the government to consolidate power before making any move that could anger his powerful opponents among the military and establishment and risk Yingluck's downfall.

Yingluck, 44, took up politics only three months ago and her Puea Thai Party won the July 3 poll in an landslide, campaigning on the same kind of populist policies that saw Thaksin elected twice in 2001 and 2005.

Thaksin, who lives in Dubai and travels on Montenegrin and Nicaraguan passports, plans to speak to journalists in Tokyo next week and visit parts of northeastern Japan devastated by an earthquake and tsunami in March.

Japan's law forbids foreigners from entering the country if they have been given a criminal sentence of or have been in prison for one or more years, excluding political crimes, but the government can decide on exceptions.