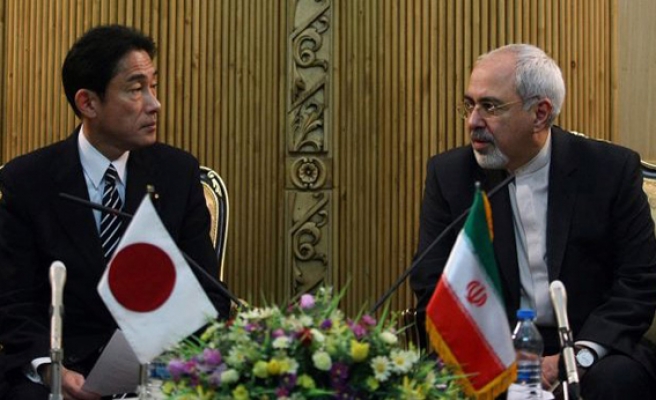 Japan and Iran will start talks next week to negotiate a bilateral investment treaty, as Washington moves to ease sanctions against Tehran and Tokyo looks to step up its interests in the resource rich nation.

Japanese and Iranian officials will meet in Tehran from Monday through to Wednesday to secure a deal, Chief Cabinet Secretary Yoshihide Suga said Friday, as other energy consumers also rush to explore Tehran's commercial potential.

"The aim of these negotiations is to protect the investment activities of Japanese companies," Suga told reporters at a regular briefing.

When asked how resource-poor Japan would tap Iran's energy potential, Suga said: "Keeping those various factors in mind, Japan will take the necessary steps and not be later than other nations."

The move comes as Washington  secures support in Congress for its nuclear deal with Iran, designed to limit its nuclear programme in exchange for the easing of US-led international sanctions.

The historic deal was clinched in July after two years of negotiations to address Western concerns that Iran was developing a nuclear bomb -- a claim Iran denies.

Japan hopes the lifting of sanctions will lead to increased auto exports to Iran and more Iranian energy imports, although Tokyo officials are bracing themselves for fierce international competition for market access, local media reported.

Tokyo, which is heavily dependent on Middle Eastern oil, has maintained friendly relations with Tehran through its years of ostracism, keeping up diplomatic dialogue that many developed countries cut off decades ago.

But Tokyo has reduced its Iranian oil imports in recent years under pressure from fellow developed powers backing the US-led sanction regime.

There have also been no new Japanese investments in Iran since 1993, according to official data. There were approximately 30 Japanese firms operating in the country as of July last year, data showed.

Japanese Foreign Minister Fumio Kishida is also expected to visit Iran as early as next month to set up a bilateral committee to discuss energy and infrastructure development and other economic issues, Kyodo News said.