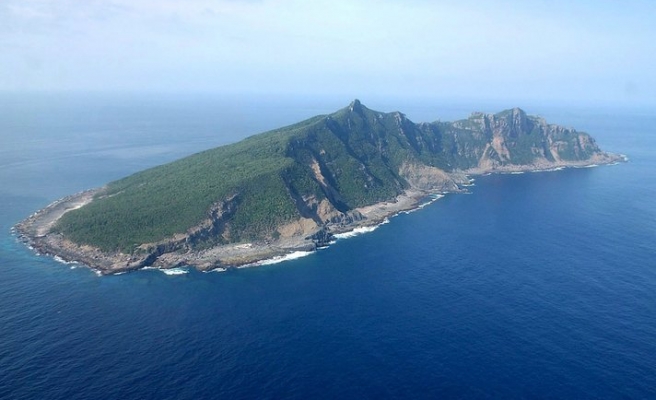 Japanese Prime Minister Shinzo Abe said on Monday he wanted to hold a summit with China at the APEC leaders meeting in Beijing in November to improve relations strained by territorial and security issues, but drew a cool response from China.

Abe has been in office since late 2012 and has yet to meet Chinese leaders, despite worsening ties over disputed islands in the East China Sea, China's declaration of an air defence identification zone in the area and Abe's visits to a Tokyo shrine seen as a symbol of Japan's past militarism.

"It is a great pity that we have not been able to have a leaders' summit," Abe told a parliamentary committee.

"We need to return to the basics of a strategic relationship of mutual respect. I would like to have a summit in Beijing this November at the time of the APEC meeting," he said, referring to the Asia Pacific Economic Cooperation forum annual summit.

China's Foreign Ministry said it had expressed its view on the issue many times already, though stopped short of outright rejecting the request.

"The Japanese side should take real steps and work hard to banish the political obstacles which affect the development of bilateral ties," it said in a statement faxed to Reuters.

Abe also touched on the strong economic ties between the two nations and said that their relationship was unbreakable.

"While recognising that even if our ties are strained, they cannot be broken, there will be problems between neighbours. For this very reason we need to maintain a relationship that keeps things under control," he said, repeating that the door for dialogue with China was always open.

Japan has been locked in a territorial dispute with China over a group of East China Sea islets, known as the Senkaku in Japan and the Diaoyu in China. Ships from both countries frequently shadow each other around the islands, raising fears of a clash.

Tensions escalated after China declared its air defence zone in the area in November, a move that also sparked concern from the United States and South Korea.

Abe's visit a month later to Tokyo's Yasukuni Shrine, seen as a symbol of militarism because war criminals convicted by an Allied tribunal are honoured there along with war dead, infuriated China and even drew criticism from the United States.

In an interview with the Mainichi Shimbun daily published on Monday, Abe refused to rule out another visit to the shrine.

"In the future, I hope to maintain my feeling of respect to honour those who have given their lives for the nation, but I would rather not say whether or not I will visit Yasukuni," he was quoted as saying.

Abe also brushed off reports that Masahiko Komura, a top ruling party official and former foreign minister, had told China he would not go to the shrine again.

"That was Mr Komura's thought. I don't know about it," he added.