Japan PM halts US base construction in Okinawa 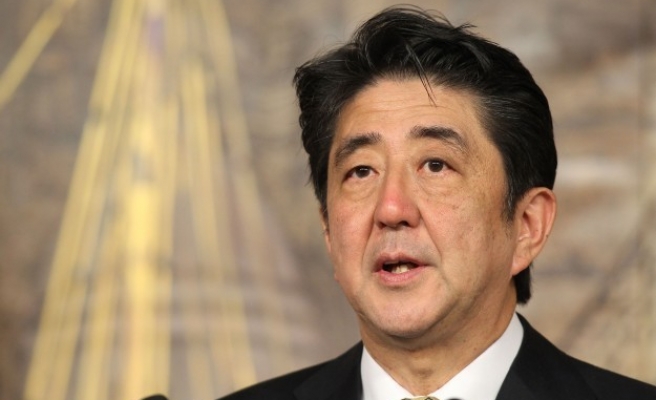 Japanese Prime Minister Shinzo Abe announced Friday he has agreed to suspend construction of a controversial U.S. military base on Okinawa, a rare conciliatory step aimed at easing tension with the southern island.

Still, Abe reiterated there is no change to his policy that a new U.S. Marine air base must be built in a remote part of Okinawa to replace an existing one in a heavily populated area widely seen as a danger to residents.

The deal, brokered by a court on the island, means Okinawa and Tokyo will drop rival lawsuits against each other and resume talks in a bid to reach a compromise. If the renewed dialogue fails, the two sides will promise to abide by a court ruling.

It came amid deepening mistrust between central authorities and island, considered a strategic linchpin for the U.S. and Japan as they face China's increasing military might and the regional threat of North Korean missiles.

Pacifist sentiments run high on Okinawa, the site of a bloody World War II battle between Japan and the U.S., makes up less than one percent of Japan's total land area but is home to about 75 percent of U.S. military bases in the country.

More than half of the 47,000 American military personnel in the country are stationed on Okinawa, the plight of which has become a lightning rod for political opposition to the hawkish Abe.

"If the legal battle between the central government and Okinawa continues in an endless fashion, this can only stall the process," Abe told reporters.

"No one wants that, as the court indicated, and we have decided to accept the settlement proposal," he said, referring to the court mediation.

But Abe said the relocation must ultimately go ahead, calling it "the only solution".

Okinawan Governor Takeshi Onaga criticised Abe's stance ahead of a meeting with him Friday, calling it "very regrettable" in remarks to reporters.

Japan and the United States first proposed moving Futenma in 1996, though both insist it must remain in Okinawa -- a key area from which U.S. troops and aircraft can react to potential conflicts throughout Asia.

But residents have insisted the base should be shuttered and a replacement built elsewhere in Japan or overseas, saying they can no longer live with the noise pollution, accidents and occasional crimes committed by U.S. service members.

Construction work on the new facility in the island's north is in the initial stages, with crews setting up sea floats and a makeshift bridge necessary for the landfill work that Abe has now promised to suspend.

Onaga cancelled his predecessor's approval for the new U.S. air base, prompting the central government to launch a suit to overturn his move, while the infrastructure minister nullified Onaga's cancellation.

Okinawa then lodged lawsuits to overturn the minister's decision and top the project.